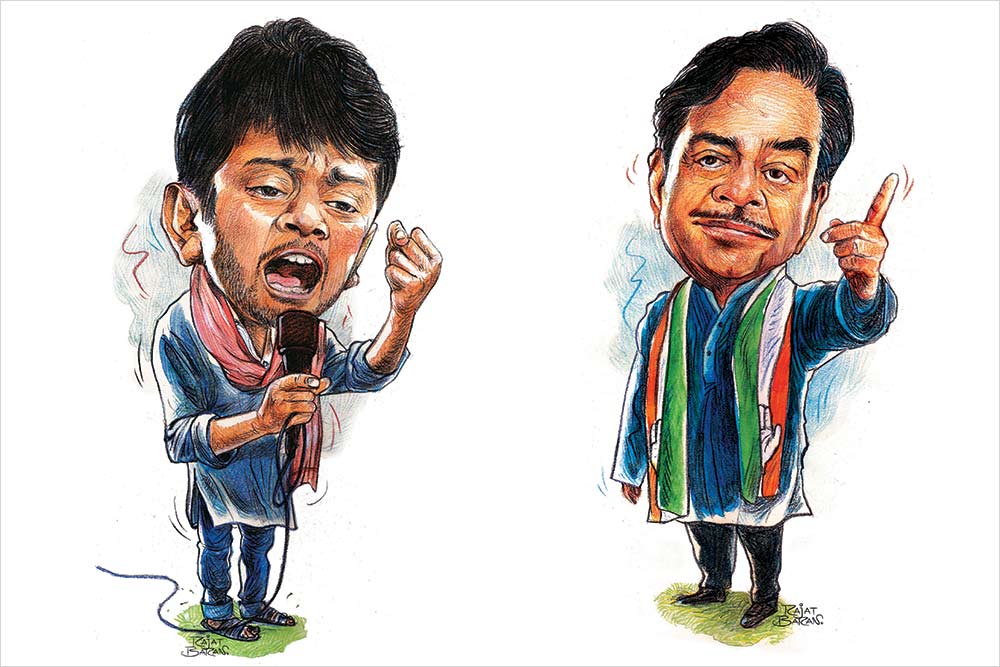 Illustration by Rajat Baran
Giridhar Jha May 24, 2019 00:00 IST Bahari Not Bihari - Why BJP-JD(U) Jugalbandi Left RJD-Congress Out of Tune

The Modi juggernaut steamrolled the much-touted Maha­gathbandhan in Bihar and Jharkhand, demo­lishing caste castles, throwing age-old poll equations out of the window with brute power to help the NDA register a thumping majority in the two states. Of the 54 seats (40 in Bihar and 14 in Jharkhand), the BJP-led alliance won 51, leaving its rivals in tatters.

In Bihar, where caste factor has held the key to success over decades, the NDA virtually faced no contest from the RJD-led alliance, which comprised a motley group of caste-based parties such as the Rashtriya Lok Samata Party, Hindustani Awam Morcha (Secular) and Vikassheel Insaan Party along with the Congress. However, this seemingly formidable alliance failed to win any seat except the minority-dominated Kishanganj, which was once again retained by the Congress. No other ally, including the once-formidable RJD, could open its account.

For the first time since its ­inception, Laloo Prasad Yadav’s party, which had swung many a poll in its favour on the strength of its traditional Muslim-Yadav...