As China is not part of public imagination the way Pakistan is, BJP has less to worry about relations with the more powerful adversary 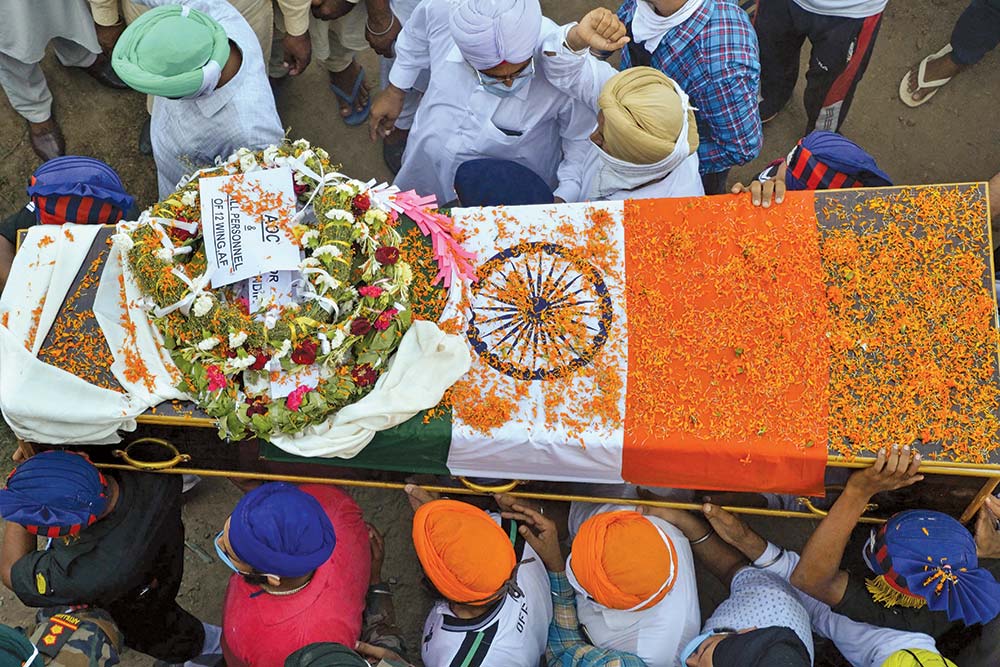 No chest-thumping. None of those usual markers of joy that accompany martial anniversaries, nor even solemnity dressed up in ostentatious ways. That’s not a very big surprise. This is, after all, a date that marks a year of the violent face-off between the Indian Army and the PLA in Galwan Valley. The conflict had left 20 Indian soldiers, including their commanding officer Colonel Santosh Babu, dead. Not a happy memory. And not one that can be milked like the Pulwama tragedy either. So the Narendra Modi government will busy itself with managing the second wave of Covid; there are no plans to ­commemorate the bloody battle at the higher levels. The Bihar Regiment, to which most of the soldiers belonged, is likely to mark the day with a sedate memoriam service. Do not expect any display of muscular nationalism that’s generally associated with themes revolving around Pakistan, Kashmir or Pakistan-sponsored terrorism—the kind that marks the anniversary of the 2016 surgical strikes across the Line of Control (LoC), or to a lesser extent, the 2019 Balakot air...