Who Is An Assamese? More Questions Than Answers

In the wake of the National Register of Citizens, any exercise to define who is a native can open a Pandora's Box in a state inimical to 'immigrants' 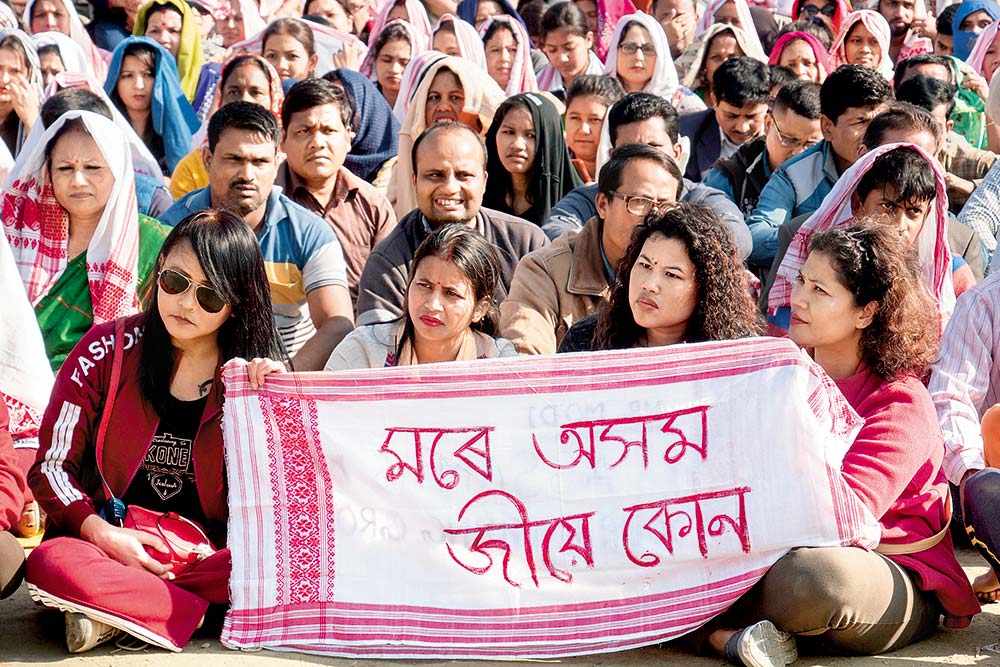 Identity Crisis
Protests against CAA in Assam has been raging for weeks
Photoghraph by Samsul Huda Patgiri
Sadiq Naqvi February 05, 2020 00:00 IST Who Is An Assamese? More Questions Than Answers

“Constitutional, legislative and administrative safeguards, as may be appropriate shall be provided to protect, preserve and promote the culture, social, linguistic identity and heritage of the Assamese people.”

Last month, Assam minister Himanta Biswa Sarma set the cat among the pigeons when he quoted the Jamiat Ulema-e-Hind as claiming that the original inhabitants of the state were Dravidians who were driven out of the state by “Tibeto-Burman people and Mongolian tribes”. The Jamiat’s claim implies that the Ahoms and the...