Assam Minor's Gangrape: What Propels The Rise In Crime Against Women

A 12-year-old girl is gangraped and murdered in Assam by nine juveniles. What’s fuelling the spurt in crime against women in the state? 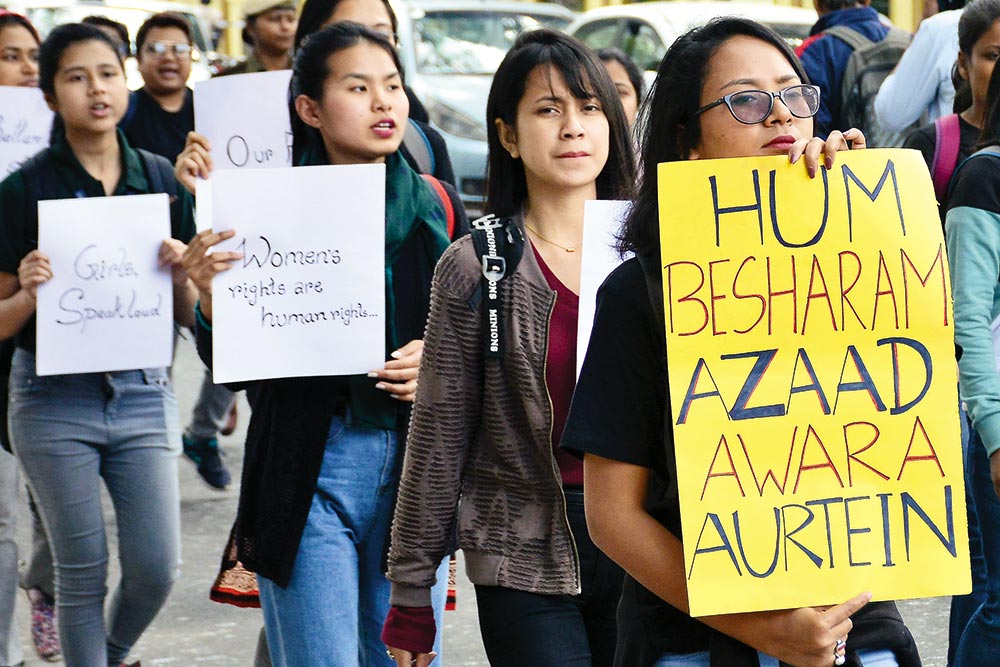 On February 28, a group of nine teenagers—all boys and classmates—of a nondescript village in Assam decided to celebrate the end of their class 10 board exams.  For their picnic, they decided on a forested area off their village in Biswanath district, about 300 km from Guwahati. It was nearing sunset when one of the boys, all of them allegedly drunk by then, decided to call his “girlfriend” to the party. They lured her to a denser part of the forest where they took turns to allegedly rape her, and then strangulated her to death before stringing up the body from a tree to make it look like a suicide. All of them then went home as usual, had dinner with their families and went to bed.

Except for perfunctory condemnations by women’s groups and some soc­ial organisations, the gangrape-murder did not see much outrage in Assam, a state which has seen a staggering rise in crimes across women over the past few years. Even the involvement of juveniles without any history of delinquency and the cool calculated manner in which they acted has...