Ashes Without The Phoenix 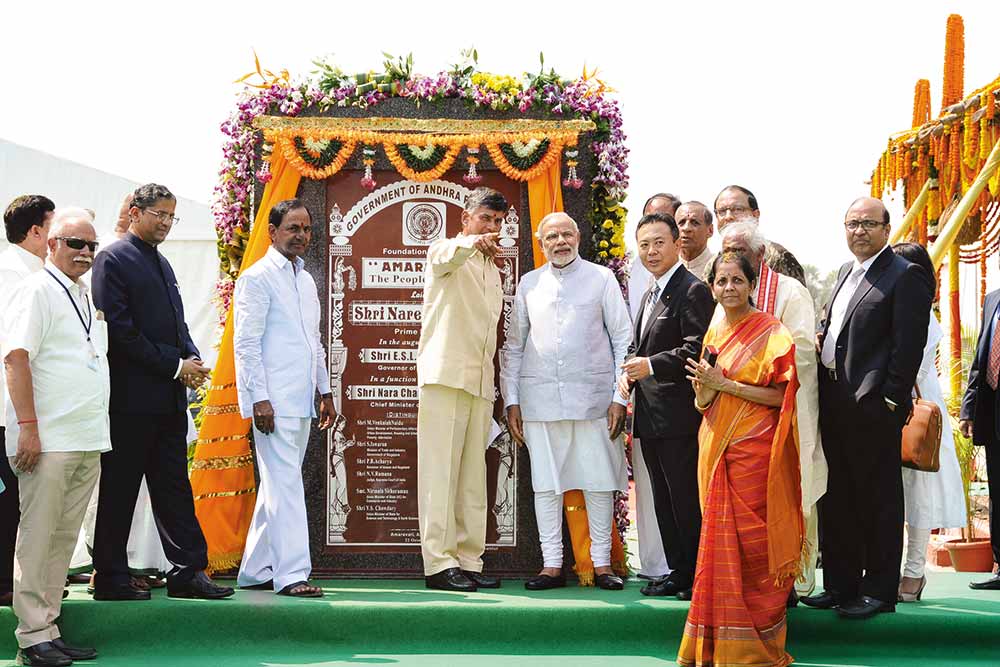 Ever since he conceptualised Amaravati, Naidu’s political journey has been marred by missteps. In June 2015, he was embroiled in a cash-for-vote scandal ­after taped phone conversations of TDP leaders got leaked. They were allegedly trying to bribe a nominated MLA of Telangana to vote for a candidate in the legislative council election. The angry Telangana chief minister, K. Chandrashekhar Rao, had the state police file an FIR and investigate the case.

In spite of this misadventure, Naidu invited KCR to the ceremony for the laying of the foundation stone of Amaravati. PM Modi did the honours as Naidu was hoping for central support for his dream city. Since Delhi had ­released Rs 2,480 crore for the Polavaram irrigation project in December 2016, he was confident of the Centre bankrolling the new capital as well. But it gave just Rs 1,500 crore for Amaravati and ignored his demand of special status for Andhra. In 2016, Naidu shifted base to Vijayawada from Hyderabad. By 2017, relations had turned frosty as the BJP suspected that Naidu was hobnobbing with...