As Slippery As It Can Get! Chinmayanand Case 'Counterproductive' For Women In The Right

Despite the law student, who gave oil massages to the 72-year-old BJP leader, making a statement to the magistrate, no rape charges have been pressed against Swami Chinmayanand 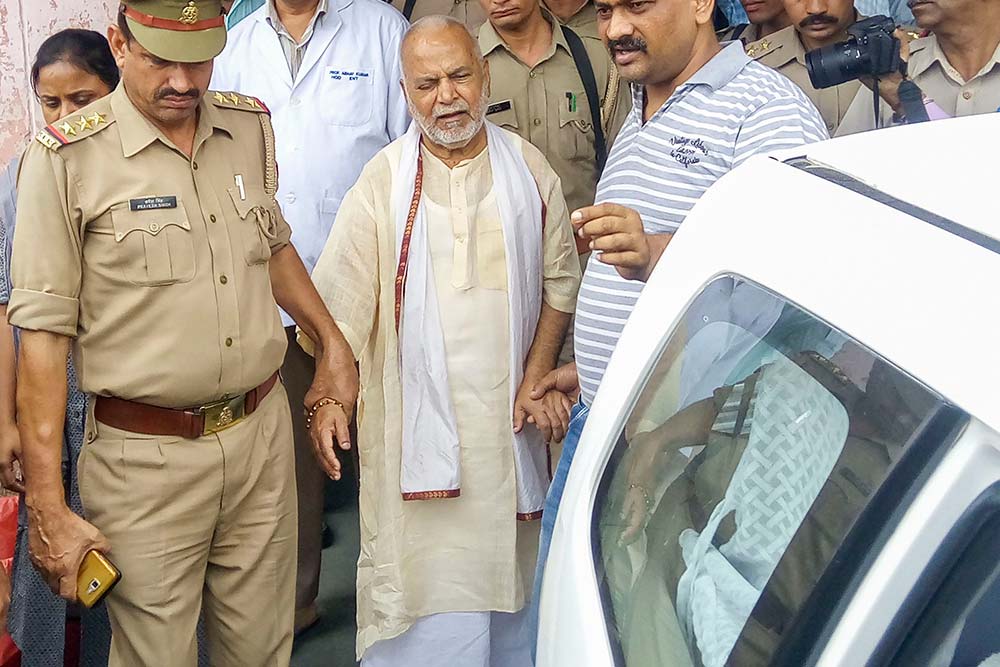 No Bail
The Swami in custody after rape allegations against him
Photographs by PTI
Jeevan Prakash Sharma October 02, 2019 00:00 IST As Slippery As It Can Get! Chinmayanand Case 'Counterproductive' For Women In The Right

Uneasiness, heartache, and an eye infection. Former Union minister Chinmayanand coul­dn’t be more sick to hold on to a hospital bed, rather than ruminating in his inhospitable cell at Shahjahanpur district jail in Uttar Pradesh. There’s no information, though, if his skin ailment has flared up again—well, the one that the 72-year-old BJP leader was getting treated allegedly with a young woman’s oil massages.

The woman, a law student at a college that he runs, alleged that he had raped her through a year. He was arrested, and during the hearing on his bail application on September 30 it was alleged that he tore off the woman’s clothes because he enjoyed a naked rubdown. His bail was rejected. Still, the massage is seen as a diversionary tactic to open the escape hatch for the suspect to escape by the skin of his teeth. “Swami Chinmayanandji has a skin problem. So, he takes an oil massage with a homeopathic medicine regularly. Is there anything wrong with that?” his lawyer Om Singh asks. “Swamiji said he was asha­med of...