As Good As Its Leader 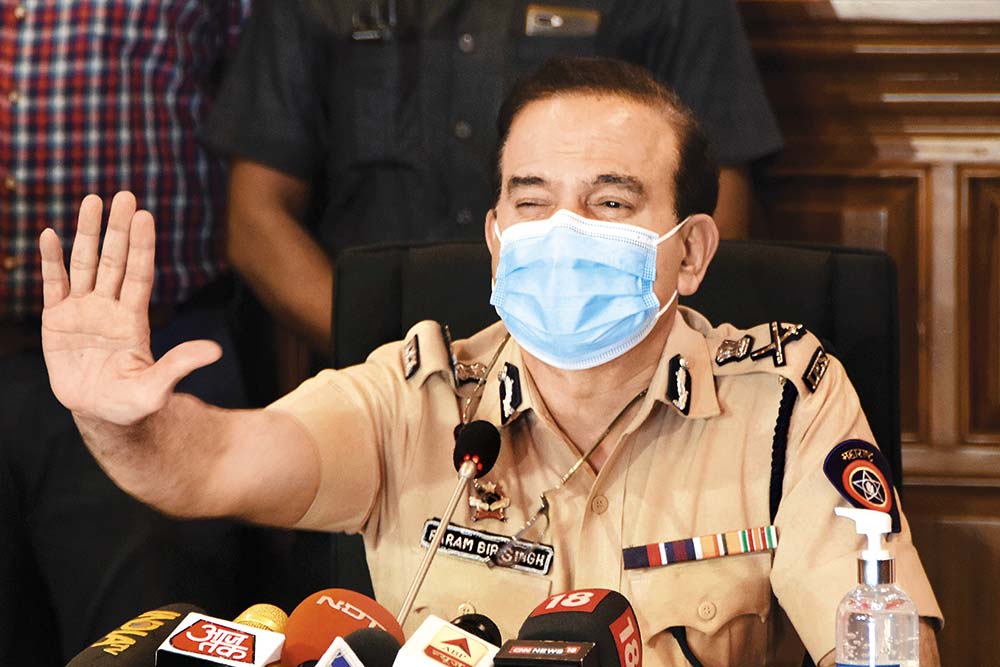 Param Bir Singh was removed from the post of Mumbai police commisioner
Photograph by PTI
Julio Ribeiro March 25, 2021 00:00 IST As Good As Its Leader

Casual readers of the happenings in the country’s business capital could be excused if they arrive at the alarming conclusion that the Mumbai city police is a den of iniquity. It is not! How the force performs at any given time depends on the character and proclivities of its leader, the police commissioner. An honest and responsible leader would have doused any illegal demand the political leadership would make on the subordinate staff. Inspectors who man each precinct and the senior ones among them who are in charge of police stations are natural prey for predator politicians in a position to influence the officer’s career. It is the duty of the commissioner to provide the protective shield.

Sanjay Patil, a senior inspector in charge of the social services cell of the city’s Crime Branch, and ‘encounter specialist’ Sachin Waze, an assistant police inspector (API), were allegedly called by the Maharashtra home minister to his residence and ordered to collect Rs 100 crore a month, obviously for the NCP, which had selected him for the onerous...