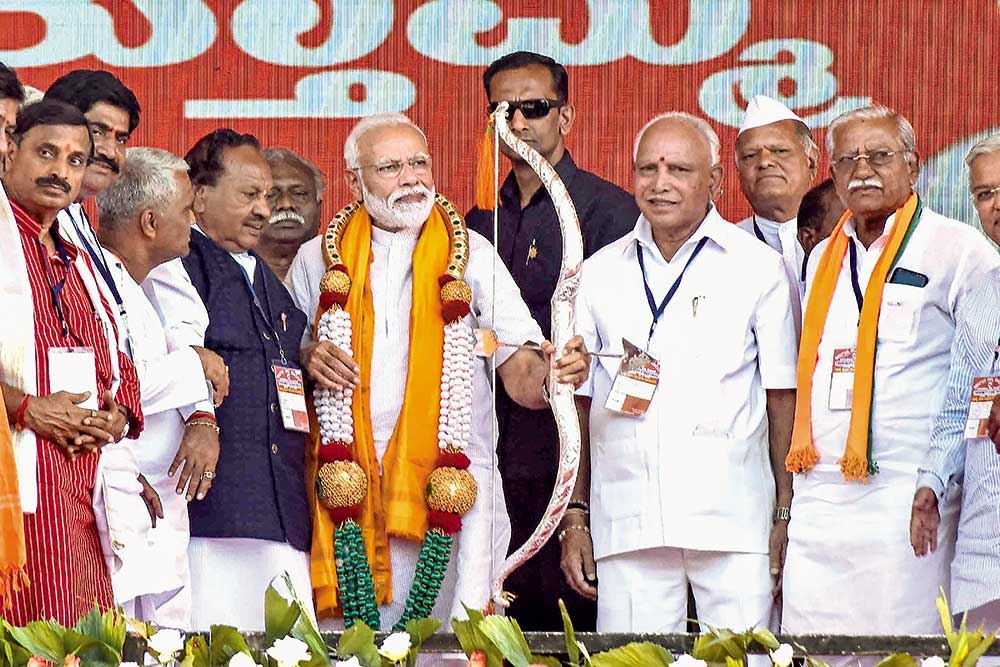 Last October, Karnataka minister D.K. Shivakumar surprised many in the Congress by admitting publicly, in the middle of a bypoll, that his party had erred with the Lingayat minority rel­igion controversy. He said this at a time when the Lingayat versus Veerashaiva debate had ebbed, at least as a political ­issue. In an interview this March, Eshwar Khandre, Karna­taka Pra­desh Congress Committee working president and the Congress candidate in Bidar, told Outlook: “It’s a non-issue now.” Not only was his party unwilling to go down that road again, the movement for a minority religion tag had also lost steam after the Karnataka assembly polls last year. Khandre, a Lingayat himself, believes issues of religion are best left to religious leaders.

Come mid-April, as the election heat rose, the tussle for the community’s support saw the issue resurface. Former Kar­na­taka CM B.S. Yeddyurappa of the BJP accused the Congress of trying to divide the community—he even resurrected a letter purportedly from Congress leader...