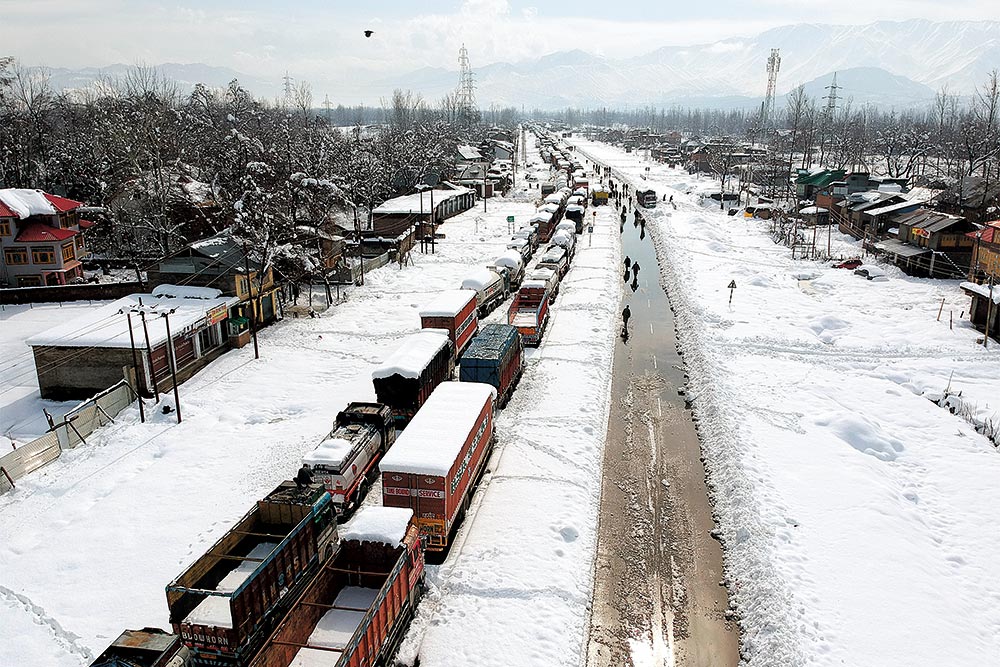 On February 11, Kewal Singh, a 53-year-old truck driver from Punjab, entered his sixth day of being stranded on the Srinagar-­Jammu National Highway at Qazigund. “We don’t know when the road will open,” he says. Singh’s fellow drivers say two of their colleagues fell seriously ill on the night of February 10 and had to be taken to hospital. The locals have come forw­ard to help, bringing along water to offer the thirsty. “But how long can they do it? This looks like unending trauma,” says Kashmira Singh, anot­her driver from Punjab. Pointing out that the highway is becoming more and more unpredictable by the year, Kewal adds: “The condition is just not improving. Now you don’t know when you’ll find the road closed and how long it would be before it reopens.”

Near the other end of the road, at Udh­ampur in the plains of Jammu, drivers say they have been stranded for six days. “Our vehicles are all parked on one side of the road, but the police, instead of helping us and providing some drinking...