BJP-ruled states are in a rush to regulate interfaith marriages. But the State has no business in prying into private lives. 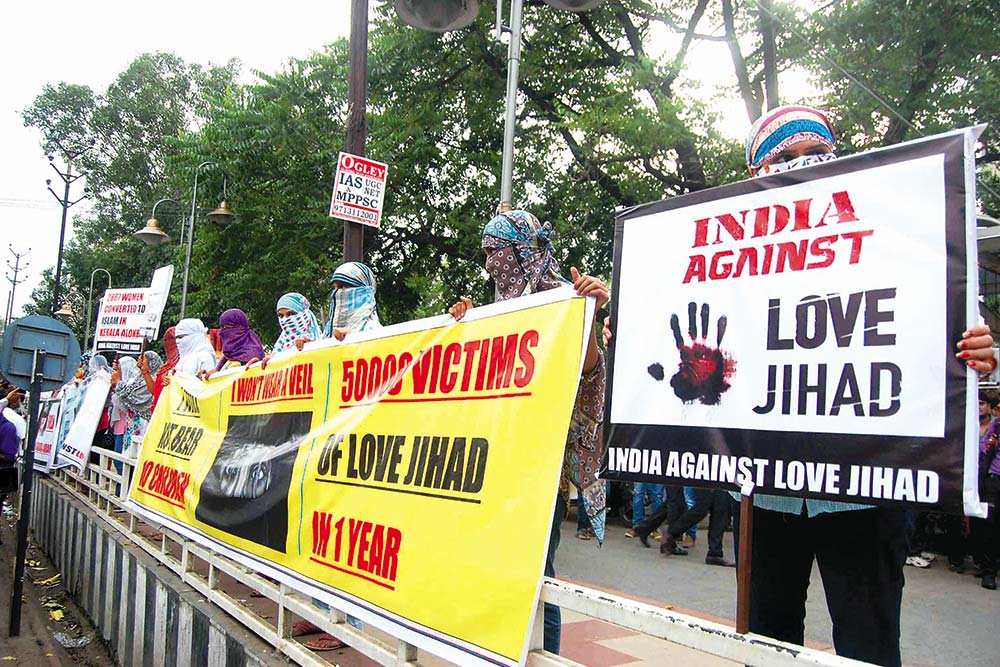 Love follows no rules, no boundaries. Though society regulated the union of two people into the institution of marriage, love continues to break free of man-made rules. And interfaith marriages are exactly that—consenting adults deciding whom to love and live with. Such marriages should have been a matter of personal choice. But not always. There have been ins­tances when marriages have been mon­opolised within communities through laws. One such example is South Africa’s Prohibition of Mixed Marriages Act, 1949, when the imperialist regime came up with a novel concept to stop marriages between Europeans and non-Eur­opeans—basically a law to keep whites and non-whites apart. The law, which had penal consequences, was rep­ealed in 1985.

Cut forward to India 2020. Amid a pol­itical churning in the country, with the Hindu right wing asserting its right as the dominant tribe, many states are contemplating laws to stop what has been outrageously described as ‘love jihad’—an alleged plot to convert Hindu women to Islam...