An Apsara In Politics

Congress appoints a transgender in a top position in its women’s wing, a first in India 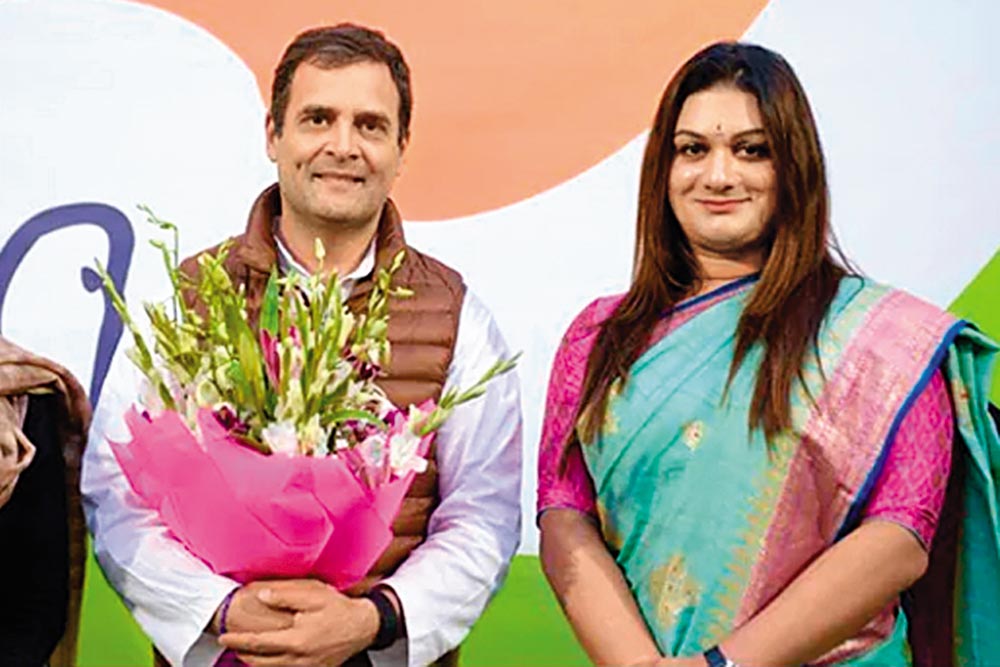 Even in her original avatar as a man, Apsara Reddy never fought shy of her sexual identity. As Ajay Reddy and the features editor of a Chennai-based English daily she would use the women’s washroom. “She had no compunction in disclosing that she was a woman trapped in a man’s body and was yearning to break free. And she informed everyone openly before going to Bangkok for her sex change operation,” recalls a colleague. On returning as Apsara Reddy, she switched to politics and joined the Tam­il Nadu BJP before migrating to the AIADMK. The Congress though gave her the much-needed political recognition when Rahul Gandhi appoi­nted her as the all-India general secretary of the Mahila Congress—the first time a transgender has held a national position of a major political party.

Apsara, 35, however, refuses to agree that Rahul’s gesture was merely symbolic and aimed at giving the space for transgenders in his party. “I think he rewarded me more for my capabilities and his quest for women empowerment. There is no tokenism...