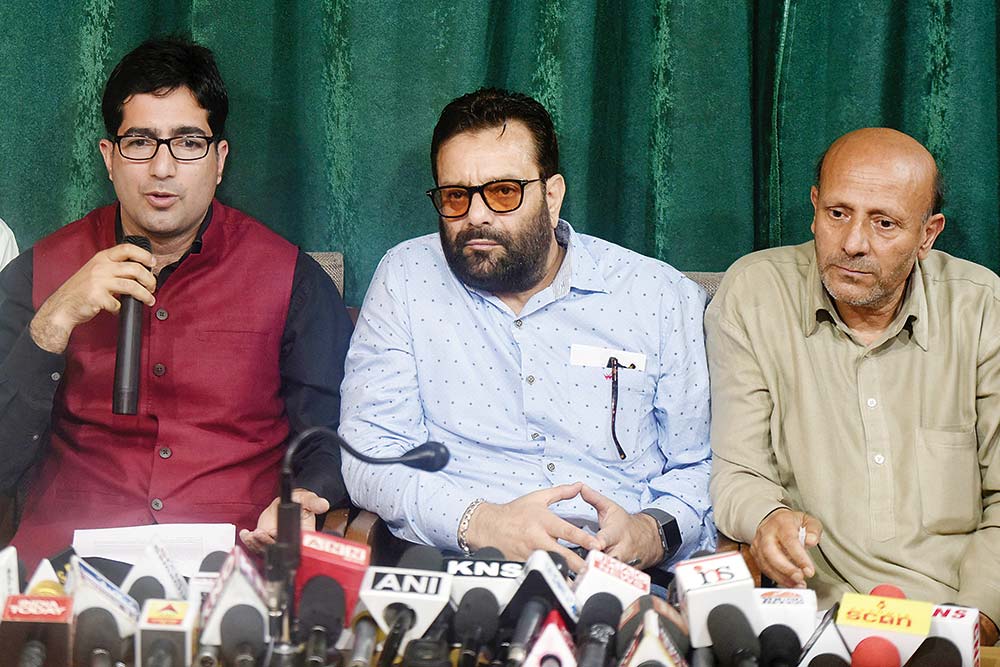 Since IAS-officer-turned-politician Shah Faesal entered into an alliance with former Kashmir legislator Engineer Rashid on June 18, the footfalls in the former bureaucrat’s office in Rajbagh have spiked. Some expatriate Kashmiris were also seen in the office. Some of them see fresh hope in the alliance called the Peoples United Front (PUF).

But the Valley’s political parties are skeptical. People’s Conference (PC) leader Imran Reza Ansari describes it as a “Sadbhavana Alliance in the making.” Sadbhavana refers to the Indian Army’s ‘operation goodwill’ to win the ‘hearts and minds’ in the restive State. Alluding to the alliance, National Con­ference spokesman Imran Nabi Dar says: “Since 1953, a constant effort is being made by the forces inimical to the state’s special status to scuttle a united Kashmiri voice by propping up ‘alternative’ fronts.”