All These Small, Left-Leaning Flowers

Anger against the TMC helped the BJP in 2019. Widespread fear of its agenda torpedoed its chances now. 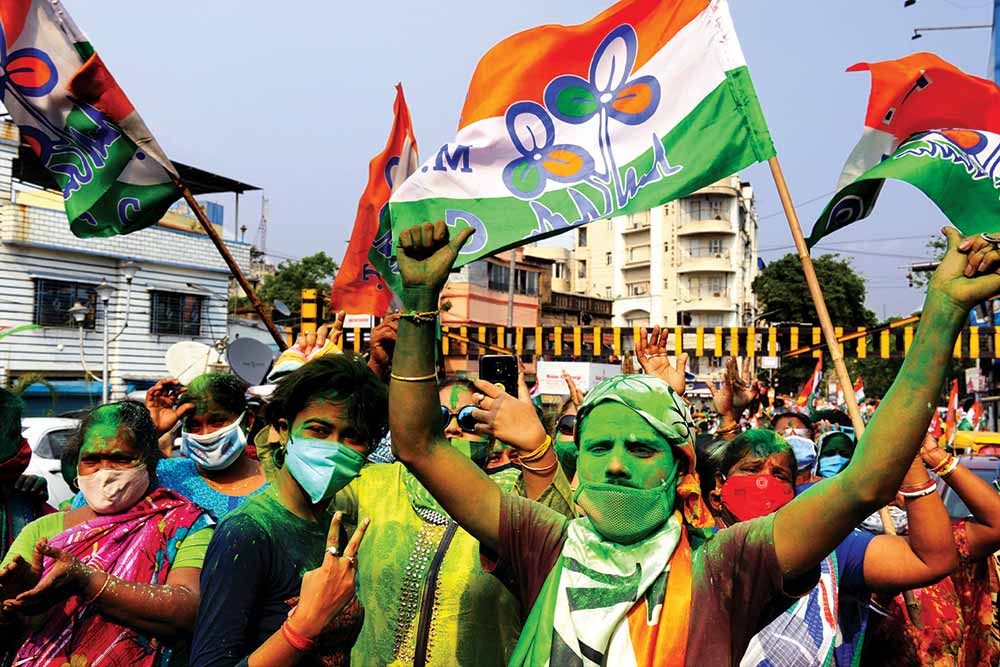 If it was ‘anger’ in 2019, it was ‘fear’ in 2021. This is perhaps the decisive factor behind the massive victory of Mamata Banerjee’s Trinamool Congress  in the West Bengal assembly elections against a BJP led by Prime Minister Narendra Modi. BJP’s phenomenal rise and win in 18 Lok Sabha seats in the 2019 Lok Sabha polls could be attributed to the anger among a large section of the Bengal electorate. They were angry with the TMC on many counts—grassroots-level corruption, violence in the 2018 panchayat elections, Mamata’s pro-Muslim image, atrocities against Left workers….

Two years later, anger turned into fear amongst Bengalis. The urban middle class was afraid of bringing the Hindu nationalist BJP to power, lest they destroy the liberal culture Bengal boasts of. The rural poor were fearful of losing on the government welfare schemes they have enjoyed under the TMC government. The Muslims were terrified of losing a sec­ure shelter. The Left supporters who voted for the BJP out of anger in 2019, both against...