Women's Reservation Bill: Twenty-Three Years And Counting... Will It See The Light Of Day?

The delay in implementing the Women's Reservation Bill even after 23 years it was mooted is a clear indication that men hate to share spotlight with the fairer sex in Indian politics. Will that ever change? 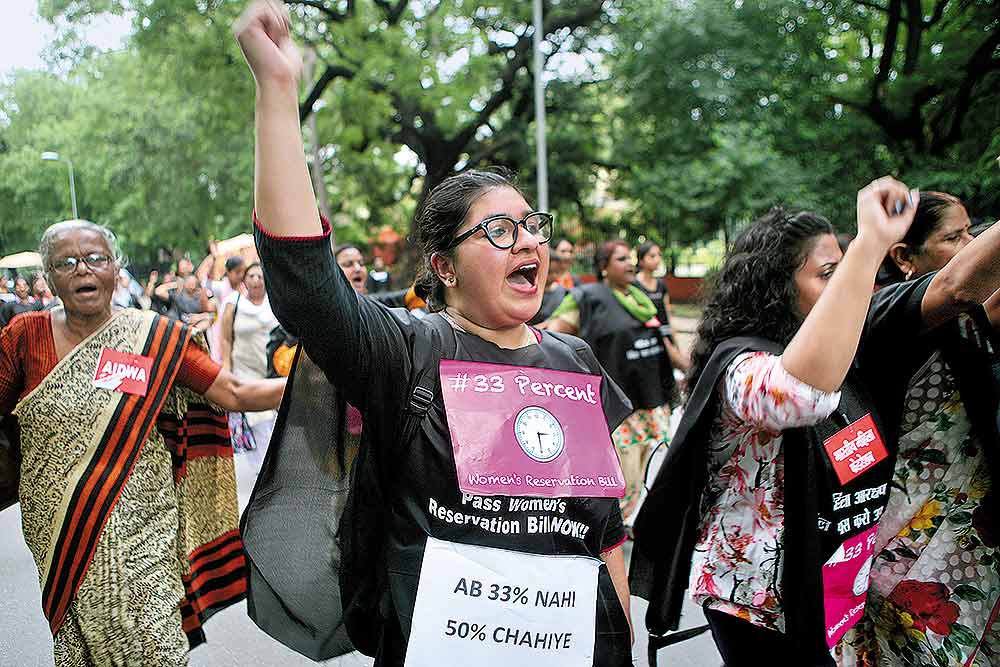 In the middle of elections last month, BJP spokesperson Shaina NC’s sudden outburst against her party cau­ght everyone by surprise. Shaina, one of the party’s most visible faces in Maharashtra, was appalled at the male chauvinistic mindset of parties that develop cold feet when it comes to sharing power with women. She said most parties lack the political will to implement the contentious Women’s Reservation Bill, which aims to ensure that women represent of one-third of the constituencies in Parliament and state assemblies. Introduced in 1996, the bill has been hanging fire ever since, with all parties blaming each other for the failure to enact it as law.

The idea was back on the agenda this election season with the ruling Trinamool Congress in Bengal and the ruling Biju Janata Dal in Odisha announcing that women comprise 41 per cent and 33 per cent, respectively, of their candidates for the Lok Sabha polls. Feminist activist and social scientist Kamla Bhasin believes the move marks a significant step towards increasing political representation of...