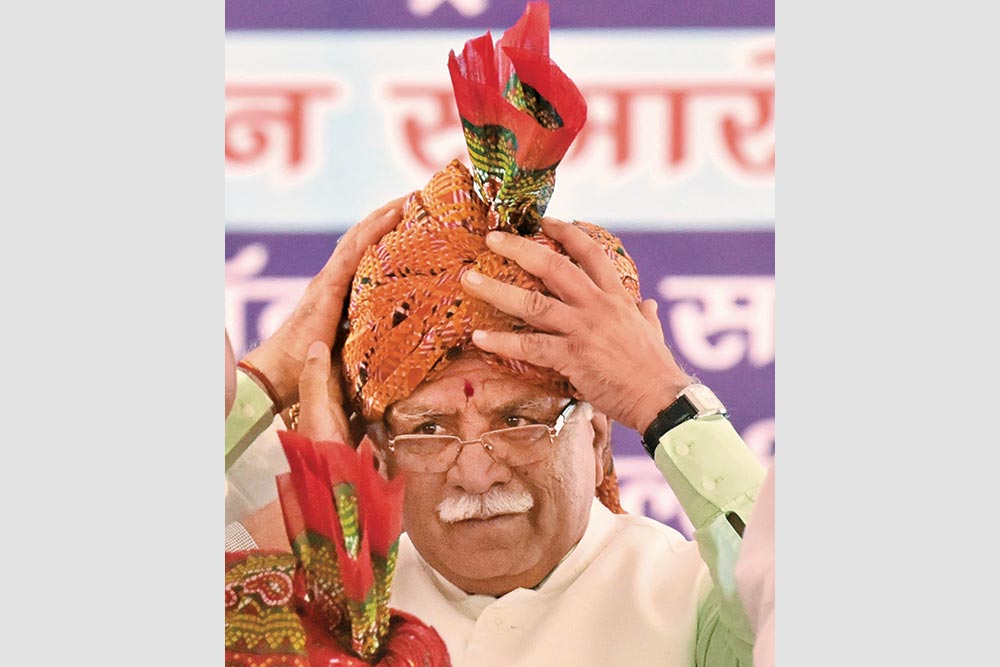 ‘Phir ek baar Manohar sarkaar’—Haryana CM Manohar Lal Khattar is definitely not embarrassed taking a leaf out of PM Narendra Modi’s successful campaign play­book as he begins the electoral push for a second term. He hopes to make a comeback and buck anti-incumbency much like Modi.

Though the poll dates haven’t been ann­ounced, the state’s election machinery has been kickstarted with a push from the central leadership. Haryana finance minister Captain Abhimanyu says Union home minister Amit Shah set the target of 75 seats and continues to oversee poll arr­angements . “He has given ‘Mission-75’ to the Haryana leadership for the assembly polls, and we...