A Suitable Alliance: UP Leads The Way As Anti-BJP Forces Get Their Act Together

Any new political formation at the Centre hinges on what Uttar Pradesh, the most populous state, chooses. 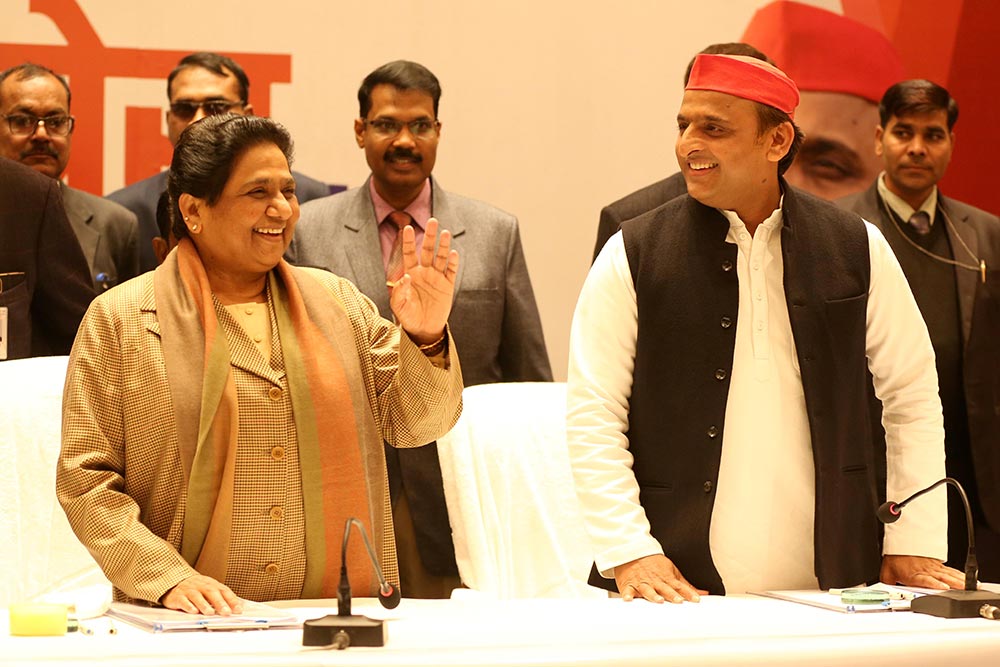 Capping It
Mayawati and Akhilesh Yadav
Photograph by Naeem Ansari
Preetha Nair January 17, 2019 00:00 IST A Suitable Alliance: UP Leads The Way As Anti-BJP Forces Get Their Act Together

UP is setting the tone for 2019 with a formidable alliance between its two biggest regional parties despite a long history of rivalry. Any new political formation at the Centre hinges on what UP, the most populous state, chooses. The Mayawati-led BSP and Akhilesh Yadav’s SP have chalked out a seat-sharing arrangement of 38 each for the 80 Lok Sabha seats, leaving Amethi and Rae Ba­reli, represented by Congress president Rahul Gandhi and his mother Sonia, respectively. The ­alliance is historic, say observers, ­signaling a coming together of Dalit- and OBC-led political forces and the consolidation of regional parties as a bloc outside the Congress and the BJP. The SP-BSP’s combined UP voteshare of 42.12 per cent in the 2014 general elections, when the BJP had bagged 73 seats with its allies, suggests danger for the saffron party’s prospects this year. “The alliance will work on the ground and we believe people will vote for it,” says SP spokesperson Ghanshyam Tiwari.

The exclusion of the Congress has fuelled speculation over the...