A Soft Right To Move Left

The BJP may not make it big in the assembly polls, but foundations will be built for the 2024 Lok Sabha elections 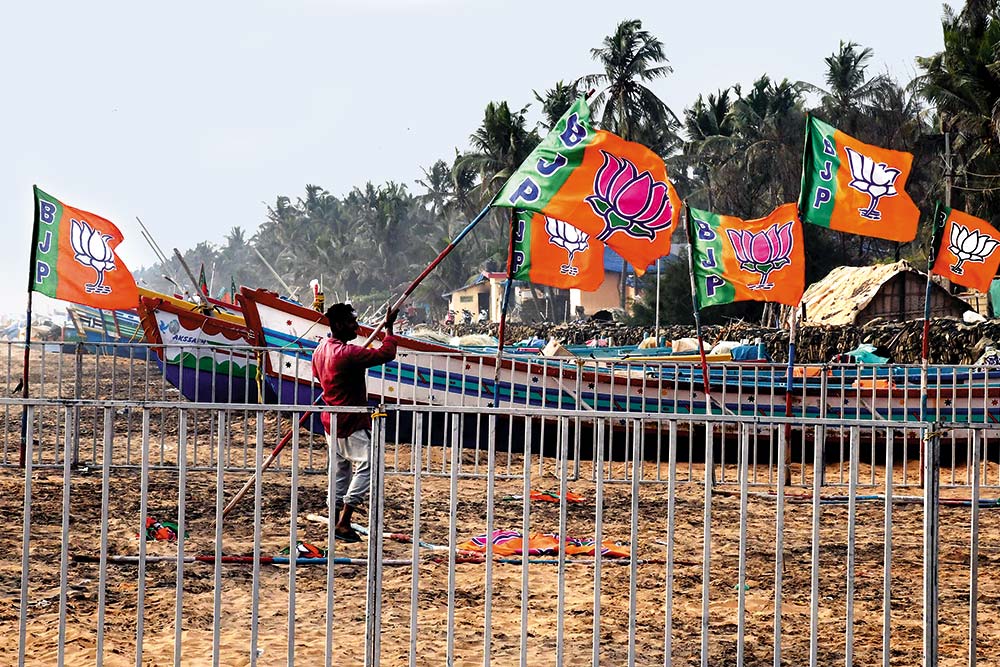 What makes Kerala difficult for the BJP? It seems India’s ruling party is beginning to address the vexed question ahead of assembly elections in the LDF-ruled state. One sign is Union home ­minister Amit Shah’s reference to Kerala as a land of social reforms in his speech at an election rally in state capital Thiruvananthapuram. “It had a different tenor, not aggressive like his speech in West Bengal. The BJP has learnt that its usual recipe of communal rhetoric wouldn’t help in Kerala,” says D. Dhanuraj, chairman of Centre for Public Policy Research.

In his speech, Shah exhorted people to break out of the old pattern of voting the CPI(M)- and the Congress-led fronts to take turns at power in the state. Bringing in credible faces such as 88-year-old technocrat  E. Sreedharan seems to be part of the BJP’s effort to forge a new language of politics tailormade for Kerala, where its voteshare has grown from 10.5 per cent in the 2014 Lok Sabha elections to 15.56 per cent in 2019.