A Side Door For CAA To Claw In 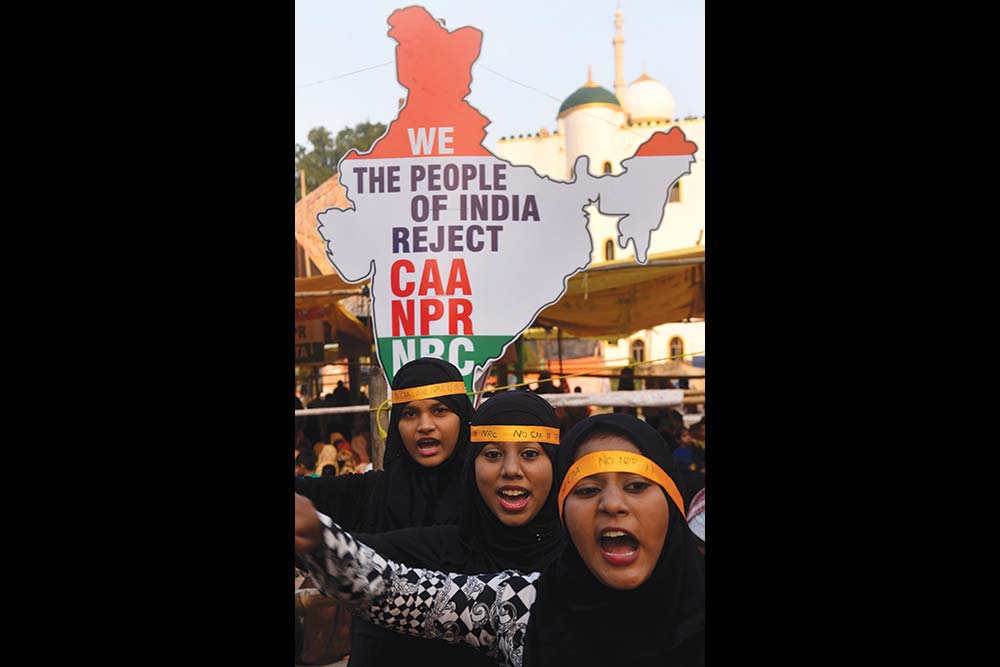 Glowing Embers
Women during protests against CAA last year
Photograph by Sandipan Chatterjee
Preetha Nair June 10, 2021 00:00 IST A Side Door For CAA To Claw In

On a biting cold December night in 2019, violent protests erupted across Assam, shortly after Parliament approved a controversial legislation that expedites the process of granting Indian citizenship to non-Muslim “persecuted minorities” from three neighbouring countries—Bangladesh, Afghanistan and Pakistan. The protests against the Citizenship (Amendment) Act was soon to spread across the country, and Delhi’s Shaheen Bagh was to turn into the nerve-centre of a women-led mass agitation for more than 100 days till the novel coronavirus pandemic swept across the world.

Fourteen months since the agitation was temporarily called off, the legislation is back under the spotlight after the Centre issued a notification seeking application of citizenship from people eligible under the law, though CAA rules are yet to be framed. According to the notification, non-Muslim refugees residing in 13 districts of Gujarat, Rajasthan, Chhattisgarh, Haryana, and Punjab are eligible to seek Indian citizenship. Assam—which recently elected a BJP government for a...