The Left rides on welfare and its rivals bank on faith 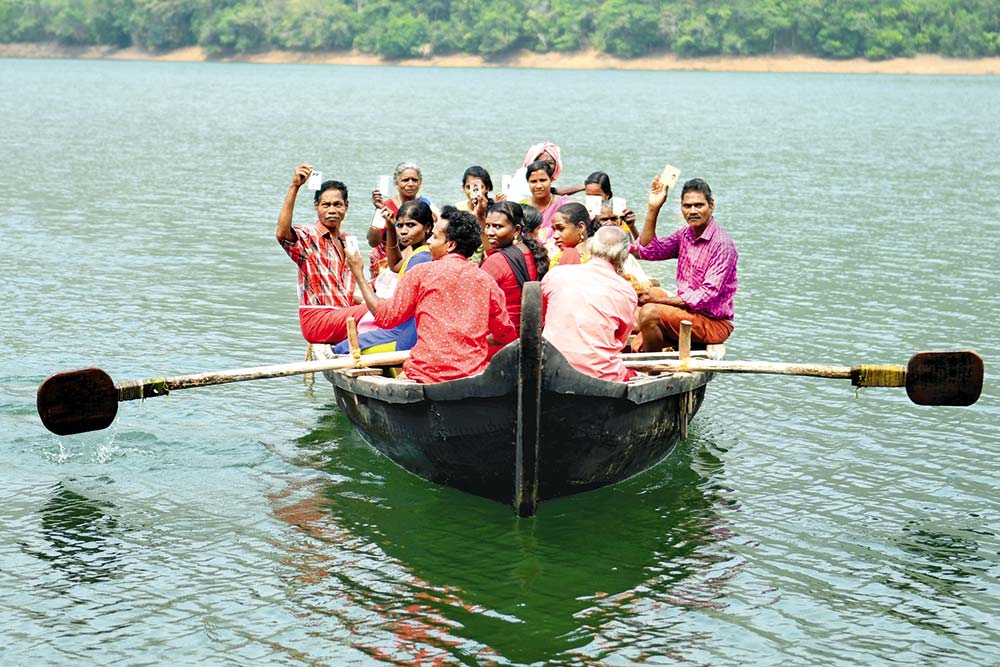 Kani adivasis from the Western Ghats of Kerala show up at a polling booth
Photographs by PTI
Preetha Nair April 08, 2021 00:00 IST A Platter Divided

Even on April 6, the polling day, Lord Ayyappa dominated the headlines in God’s own country. Sabarimala has been a prominent issue throughout the month-long intense campaign for the assembly polls, and the raging debate exposed deep divisions on religious lines once again. If the war of words between the ruling Left Democratic Front (LDF) and the opposition parties over women’s entry into Sabarimala temple was anything to go by, whoever emerges the winner on May 2 has a tough task at hand. Though many aspects of the election will be ­pondered in the days ahead, the religio-sectarian narratives will be discussed the most—among them the verbal attack by opposition parties on chief minister Pinarayi Vijayan over his government’s decision to facilitate entry of women of all ages into the hill shrine at Sabarimala following the 2018 Supreme Court order.

This election is crucial for all three main players—the CPI(M)-led LDF, the Congress-led United Democratic Front (UDF) and the BJP-led National Democratic Alliance (NDA). In the 2016 assembly...