A Liberator Versus A Turncoat

There are two eras in Bihar: one before Laloo and one after. He changed the state’s social structure. 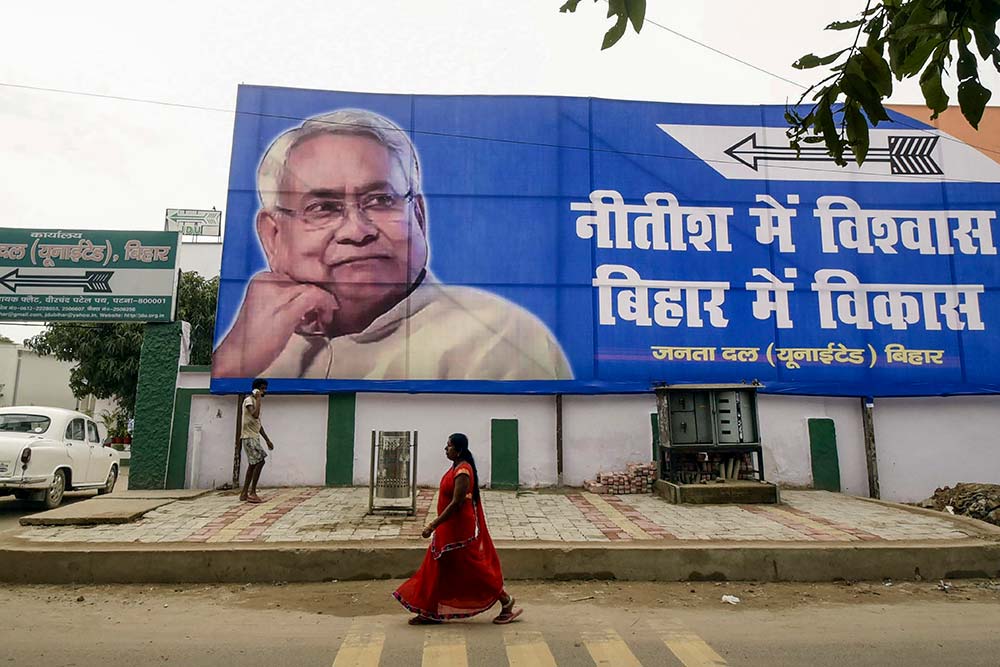 Photograph by PTI
Shivanand Tiwari October 15, 2020 00:00 IST A Liberator Versus A Turncoat

There is palpable anger against Nitish Kumar. Even after 15 years in power, he still lacks confidence to seek votes on the basis of his work, preferring to talk instead about ‘jungle raj’ during Laloo Prasad’s 15-year reign. It is up to us (the Opposition) to generate confidence in people critical of Nitish to repose their trust in us. If they find no trustworthy alternative, they will go back to him. So, we have to look at the kind of candidates we are selecting and the kind of issues we are raising. Unemployment is a serious issue that is gaining momentum across the country, especially among the youth. They recently celebrated PM Narendra Modi’s birthday as ‘Unemployment Day’. Tejashwi Prasad Yadav has struck the right chord by raising this issue. There are basically two eras in Bihar: one before Laloo and one after. He changed Bihar’s social structure. Now every party has to talk about the ‘backwards’ and the ‘extremely backwards’. Even his opponents believe he liberated the und­erprivileged and gave voice to the voiceless. Laloo’s other big achievement was the arrest of BJP leader L.K. Advani while he was passing through Bihar on his Rath Yatra. It made Laloo a popular figure among Muslims.

There are two eras in Bihar: one before Laloo and one after. He changed the state’s social structure.

In contrast, Nitish says he got roads built and electricity supplied to each household. Is he the only CM who has done it? Circumstances were different during Laloo’s reign, when backward states har­dly had any revenue to fuel growth. When I was an RJD minister and MLA, I got Rs 4 lakh only for road repairs in my constituency. The situation gradually changed after 1991 and now states have the constitutional right to get their share of revenue from the Centre as per the Finance Commission formula, which has enabled them to spend on development.

And don’t forget what Nitish said when he severed ties with the BJP on the question of Modi. At an NDA meeting in Ludhiana, Modi went up to Nitish and held his hand aloft. That picture was splashed all over. On the way back, Nitish told his colleague Sanjay Jha: “You had me photographed with a man whose name instils fear in crores of minority people.” Today, he is engaged in serving the same man.

(As told to Giridhar Jha)

No Anti-Incumbency For Mr Clean