A House Divided Over Home

Nitish Kumar fights for control of his government, and his future, as BJP seeks the spoils of war 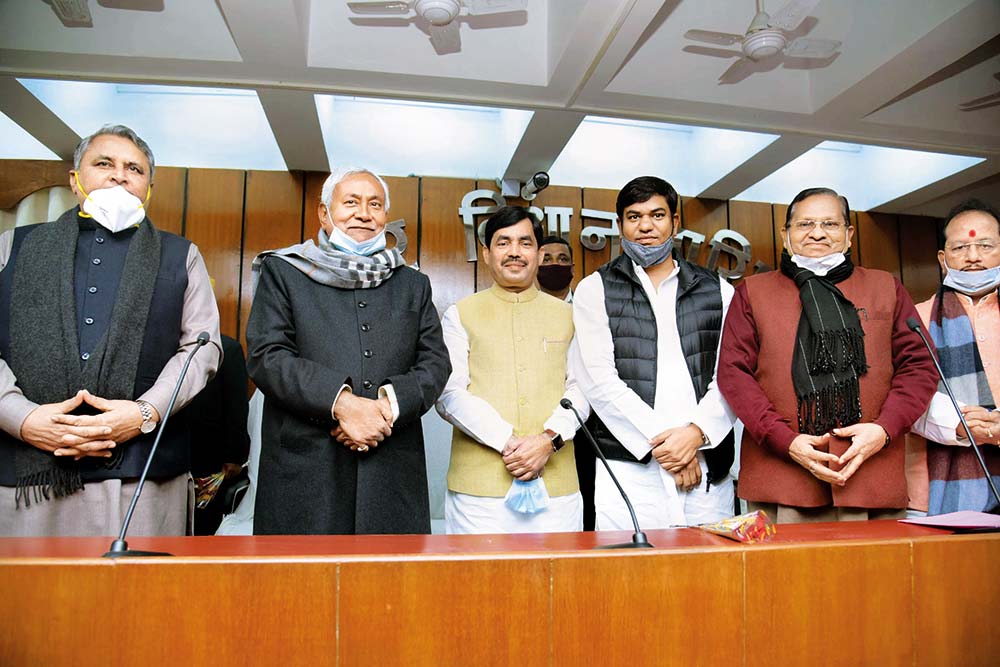 The symptoms are always signs of a deeper, bigger malaise. And in Bihar, the signs are getting prominent every day. More so for many legislators hoping for a berth in the Nitish Kumar ministry, waiting endlessly for the all-important call that precedes any swearing-in ceremony. For the record, Nitish was supposed to expand his ministry after Makar Sankranti around mid-January, following the end of the so-called inauspicious month-long period called kharmaas. But it remains on hold, triggering speculation over worsening relations between Nitish’s JD(U) and his ally, the BJP. Ties between the allies have been under strain ever since six of the seven JD(U) MLAs in Arunachal Pradesh joined the BJP in December.