Shootouts, explosions and arduous treks—all in a day’s work for poll personnel 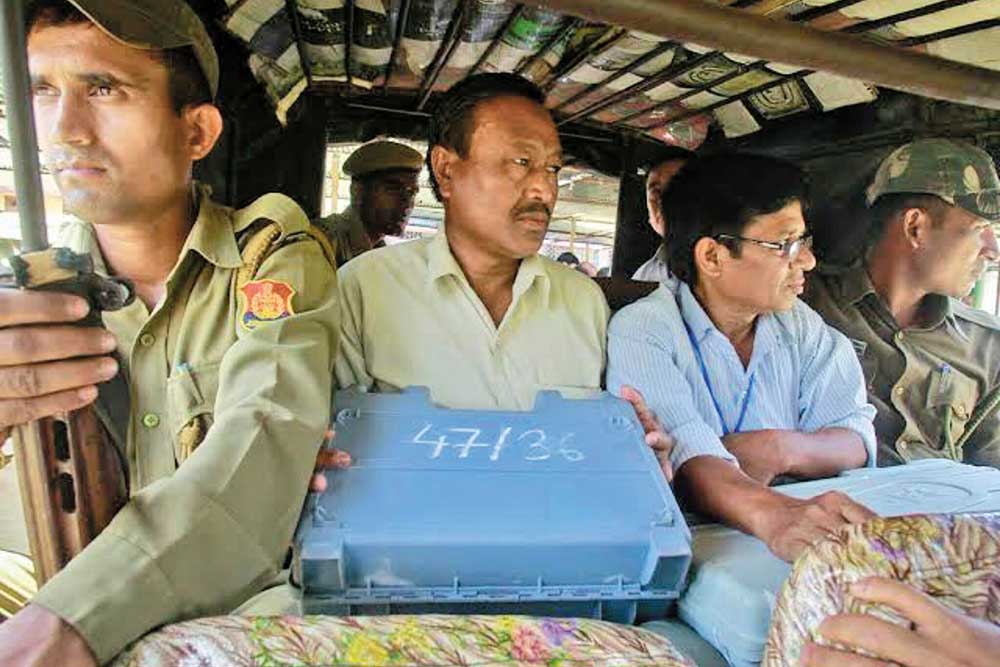 In The Line Of Duty
Conducting elections is a challenge in Maoist areas
Photographs by Biswaranjan Mishra
Sandeep Sahu April 24, 2019 00:00 IST A Hard Day’s Night

Sanjukta Digal was fortunate to have survived a landmine blast. But her luck ran out soon. When she stepped out of her vehicle to examine an object on the road, she was shot dead. Digal was part of a five-member polling party heading to a booth on April 17. Earlier on the same day, Maoists had torched a vehicle ferrying poll officials to Mugunipadar village in Kandhamal district, Odisha.

In light of these events, officials staffing Booth No. 12 at Barahala village were justifiably terrified when they heard that insurgents had blocked their return path with felled trees. They decided to avoid the road route and trudge through forests with EVMs and VVPAT machines in hand. After polling ceased at 4 pm on April 18, the 11-member party embarked on a 15-km-long trek from Barala, the place Digul was gunned down the day before. Twenty three troopers of Special Operations Group, a dedicated anti-Maoist paramilitary unit raised by the Odisha government, provided security to them.

A bout of unseasonal rains made the journey through the jungle even trickier. “We were...