A Force Unto Themselves, Why Malayalis Are Synonymous With Nursing

Kerala received Rs 85,092 crore as remittances (March 2018), accounting for 35 per cent of the state's GDP. The nursing brigade has changed the Kerala's society and economy 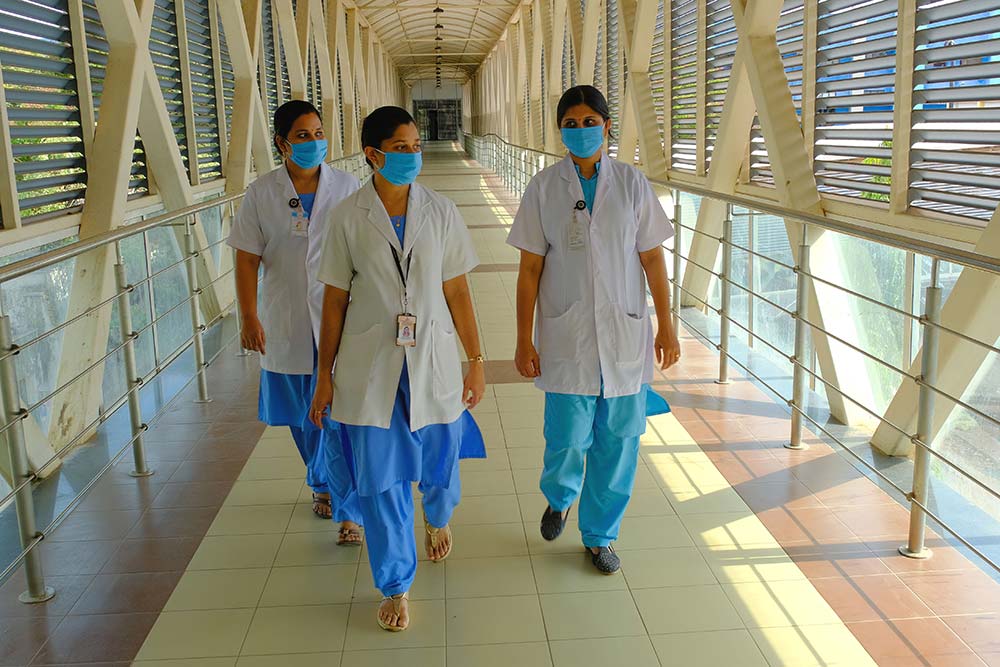 Nurses walk towards their duty wards at Thiruvananthapuram Medical College
Photo by V.V. Biju
Siddharth Premkumar April 24, 2020 00:00 IST A Force Unto Themselves, Why Malayalis Are Synonymous With Nursing

From the tarmac, Graciemol Thomas spied the modest two-storey airside terminal at the Calgary international airport and knew she was going to be alright. All of 22 years as she stepped off her second trans-continental flight in as many days in 1971, the devout ingénue from Kuttoor, a “small village just beyond” the municipal bounds of Tiruvalla in Kerala’s Bible belt, recalls the tears of relief as handmade ‘Welcome to Canada’ placards went up in the public viewing area. Cold, inhospitable London had left the trained, but unseasoned, paediatric nurse thinking she was in over her head. A day later, still fighting jetlag, Thomas made the four-hour drive to Blairmore, the nondescript Albertan community the “village girl” would call home for nearly four decades.

“It was, as they say, white bread. Most had never seen a person of colour bef­ore, let alone one in a sari. But instantly, I knew it was a place I could settle down in. A close-knit god-fearing group of people full of warmth, it reminded me of home,” says...