Many agree that the Kejriwal government did bring education into focus and infused energy into a moribund system that ran a thousand-odd schools in Delhi. But there is a flip side to the feel-good story. 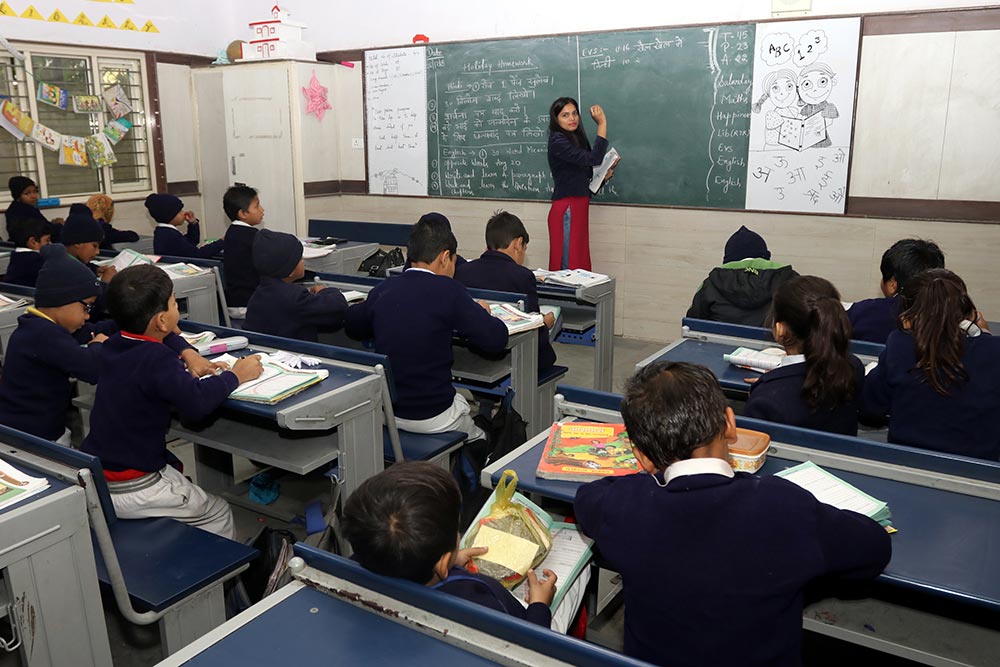 Spruce It Up
A class in progress at a government school in Delhi
Photograph by Suresh K. Pandey
Salik Ahmad March 14, 2019 00:00 IST AAP Govt Fixed A Broken State Schooling System, But Glitches Remain

Last year, photographs of youngsters diving into a swimming pool at a government school in Delhi came as a pleasant surprise to a country where state-run primary education mostly conjure images of unkempt children sitting on broken furniture in dark and dingy classrooms of rundown buildings. For the Aam Aadmi Party (AAP) government led by chief minister Arvind Kejriwal, however, it was just another step in its avowed mission to revolutionise the education sector in the national capital.

For the AAP government, pushing through its agenda of ‘education first’ has been easy with a brute majority of 67 legislators in the 70-member assembly. Critics and political opponents, however, see this as a lack of checks and balances, allegedly leading to questionable decisions that defeat the goal of providing quality education to all. But the good news first. For the fifth consecutive year, the Delhi government allocated the highest funds for the education sector for 2019-20, a highly impressive 26 per cent of the budget, or Rs 13,997 crore. Deputy chief minister and...