A Dreaded Force In Land Of Insurgency, J&K Police A Law Unto Themselves

For civilian killings in the past 10 years, no FIR has been registered against the J&K Police force 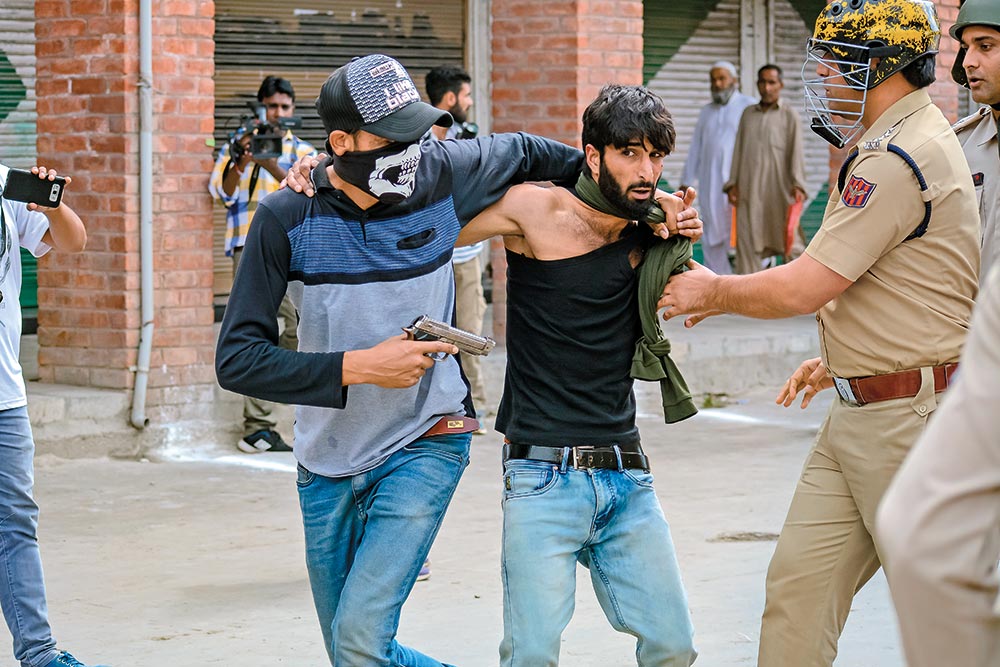 Photograph by Getty Images
Naseer Ganai January 16, 2020 00:00 IST A Dreaded Force In Land Of Insurgency, J&K Police A Law Unto Themselves

The curious case of J&K Police officer Davinder Singh, arrested on charges of links with terrorists, almost lends credence to allegations by rights activists and political analysts that the men in khaki have “unaccountable” power in the militancy-wrecked Valley. It is true that Singh may very well be the rogue element found in every force, but his long history of carrying on the charade of a good cop fighting evil also provides an insight into how easy it is for such people to become a law unto themselves. However, it goes without saying that policing in a state—now a Union territory—where militancy has been raging for decades is not an easy task .

An IGP rank officer, speaking on the condition of anonymity, says that some people within the force might have acted “against norms”, but things have changed. “We have lost 2,000 people to insurgency. Hundreds of personnel have suffered injuries and many have been disabled,” he adds to drive home his point about professionalism of the force. Another senior official dealing with...