A Cat Riding The Roaring Tiger

Most BJP leaders took Uddhav Thackeray for granted but the Sena leader is no longer willing to play second fiddle. Is the tide turning in Mumbai? 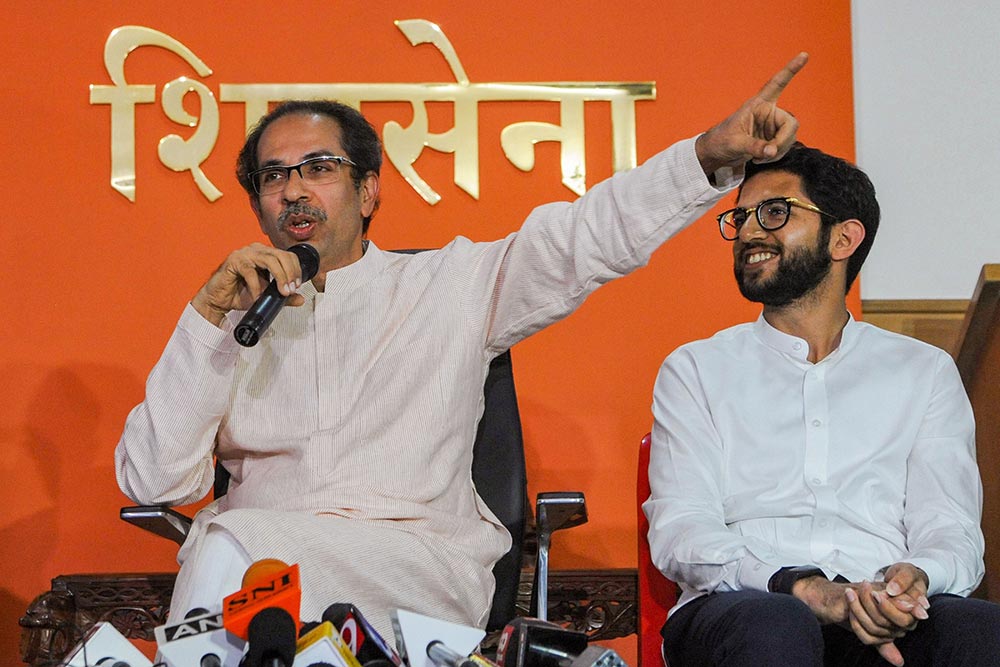 Gen Next
Uddhav Thackeray with his son Aaditya in Mumbai
Photograph by PTI
Sujata Anandan November 14, 2019 00:00 IST A Cat Riding The Roaring Tiger

Some years ago, when Union minister Nitin Gadkari was president of the Maharashtra unit of the BJP and attending a private dinner in his honour at a party worker’s residence, he received a call from Uddhav Thackeray,  then just the  working president of the Shiv Sena. An important election was coming up and Uddhav wanted to discuss seat distribution between the two parties. After putting him off with some polite noises, Gadkari turned round to curl his nose at people surrounding him—I among them—and say, “At this hour!? I tell you, this man has no political sense. Balasaheb ke baad, yeh party ko dooba dega (After Balasaheb, this man will ruin the party)!” I could not make the connection bet­ween political acumen and wanting to discuss fractious issues at dinner time. But it was obvious that BJP leaders had always taken Uddhav for granted and thought little of his abi­lity to lead the Shiv Sena in his father’s stead. Now, after much water has flown under the bridge, it is very apparent that they severely underestimated...