A Bonfire Of Defectors 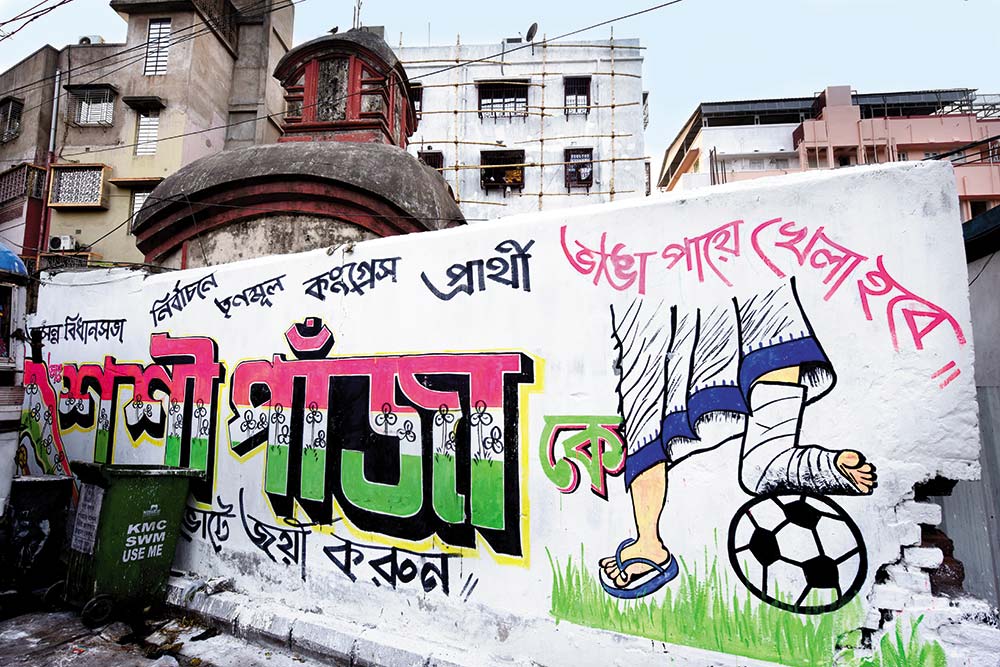 ‘Let There Be Game’
Graffiti of Mamata Banerjee daring the BJP with her broken leg
Photograph by Sandipan Chatterjee
Snigdhendu Bhattacharya March 24, 2021 00:00 IST A Bonfire Of Defectors

Leaders switching camps after being denied election tickets have been a common trend in Indian politics, though it is relatively recent in West Bengal. But a leader switching camp even after bagging a ticket is unprecedented. So, when Sarala Murmu decided to join the BJP a day after she was named a Trinamool Congress (TMC) candidate from the Habibpur constituency in Malda district, it presaged new surprises in ­election-bound Bengal.

Murmu was named a candidate on March 5; news broke on March 7 about her suspicious visit to Calcutta; TMC named a new candidate on the morning of March 8, and in the evening Murmu formally joined the BJP along with ­several members of Malda Zilla Parishad (district council). Yet the ­situation is mysteriously fluid—Murmu did not get any BJP ticket, and of the 14 Parishad members who joined the BJP along with her, three later announced that they had not quit the TMC and that Murmu had spread misinformation about them.

A few days later, it was the BJP’s turn to be embarrassed. On the afternoon of March 17, BJP...