A $5 Trillion Economy By 2025? Why Kashmir Can Be The Apple Of India's Eye

Economist Haseeb A Drabu highlights the immense potential of the apple production in Kashmir. Orchard transformation and logistics management can increase production and earnings manifold 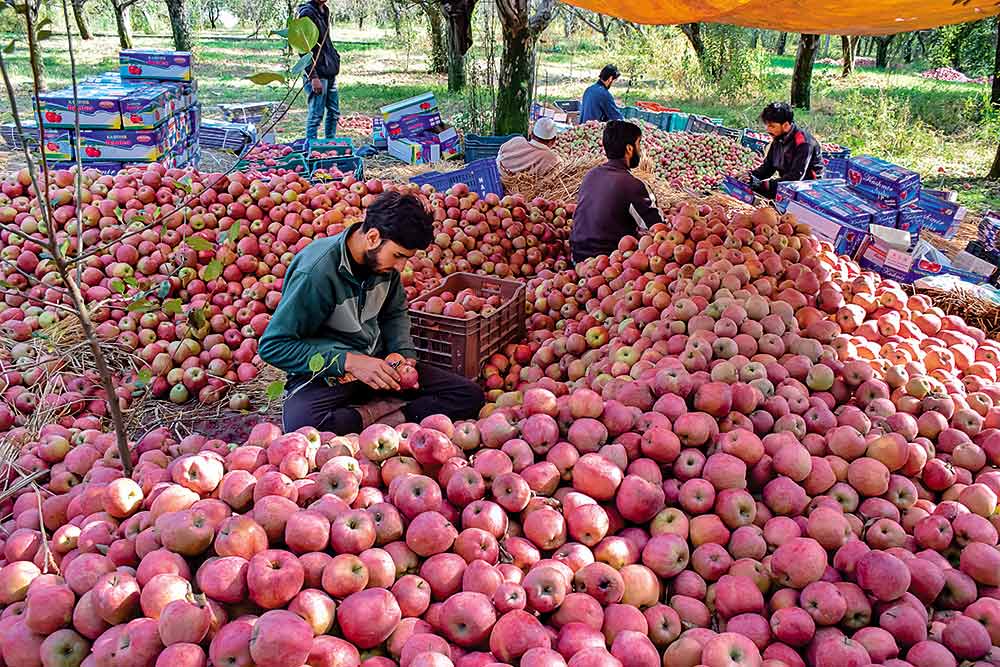 Good Earth
Kashmiri farmers sort their produce at an orchard in Pulwama
Photograph by Getty Images
Haseeb A. Drabu August 01, 2019 00:00 IST A $5 Trillion Economy By 2025? Why Kashmir Can Be The Apple Of India's Eye

The prime minister’s target of a US $5 trillion economy is ambitious, not audacious. The seeds of this thought were planted in the PM’s mind by B.V.R. Subrahmanyam, the chief secretary of Jammu and Kashmir. So said the PM at a meeting in Srinagar on February 3, 2019. Apparently, it was in Davos that he told the PM that India will be a $3 trillion economy in 2020 and should aspire to be a “$5T” economy by 2024-25. It clicked. And the rest, as they say, will become history. If it is played right.

Normally, neither politicians nor policy-makers see state economies as principal actors in the gross domestic product (GDP) growth process. With GDP being a national macroeconomic statistic, the states and their contributions get subsumed. The fact is that the country’s GDP is—and is estimated as­—an aggregation of the state dom­estic product (SDP). Yet, when the GDP target and policies to achieve it are finalised, the potential of individual state economies is not really discussed. Indeed, states and state actors have to be the...

More from Haseeb A. Drabu