70 Years Of Indian Judiciary | Opinion: The Courts Must Reform So That They Can Preserve -- Seven Must-Dos 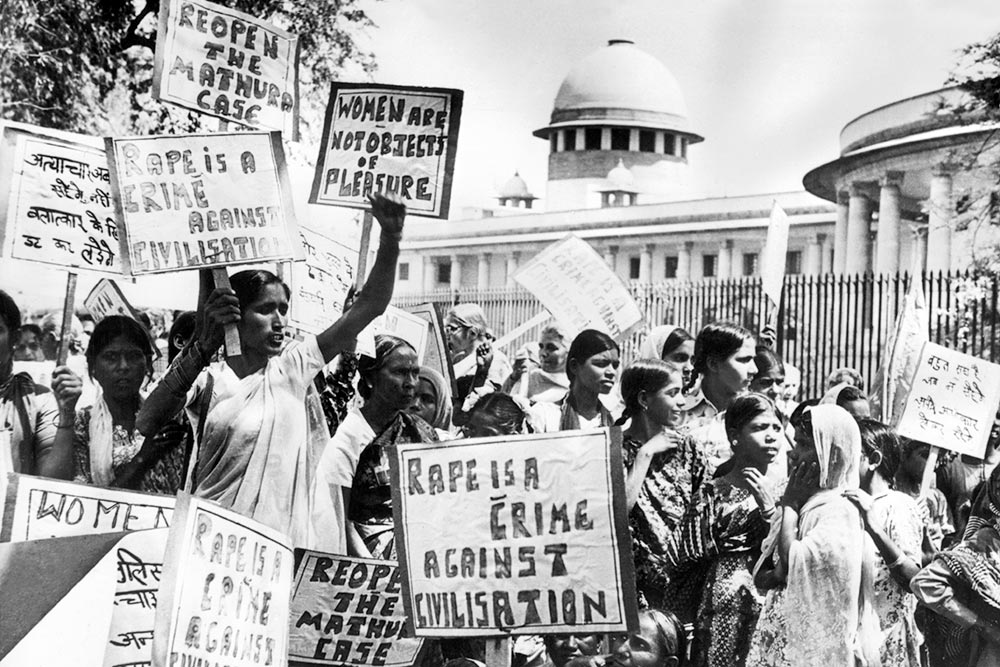 Landmark
Activists demand justice in the ‘Mathura rape ca se’ outside the Supreme Court in 1980. Mathura, a young adivasi, suffered rape in custody in 1972. The outcry led to a change in India’s rape laws.
Photograph by Getty Images
Ruma Pal, Arghya Sengupta January 23, 2020 00:00 IST 70 Years Of Indian Judiciary | Opinion: The Courts Must Reform So That They Can Preserve -- Seven Must-Dos

“Different parts of the Constitution will act and react on each other and the court will have to decide questions arising from such a situation...discharging its duties as perhaps no other court has so far been called upon to do.” With these words of the first Chief Justice of India, Harilal Kania, the nation’s judicial system as we know it today, with the Supreme Court, high courts and the subordinate judiciary, started functioning on January 28, 1950. As it turns 70, there is much to be proud of—the judiciary has been the nation’s moral conscience, speaking truth to political power, upholding the rights of citizens, mediating Centre-state conflicts, providing justice to the rich and poor alike, and on several momentous occasions, saving democracy itself. Despite its achievements, a gap between the ideal and reality has been becoming clear over the years: justice del­ivery is slow, appointment of judges is mired in controversy, disciplinary mechanisms scarcely work, hierarchy rather than merit often appears to be the grundnorm, women are...