46,000 Deaths Per Year And Increasing, Why Snakebite Remains A Neglected Problem 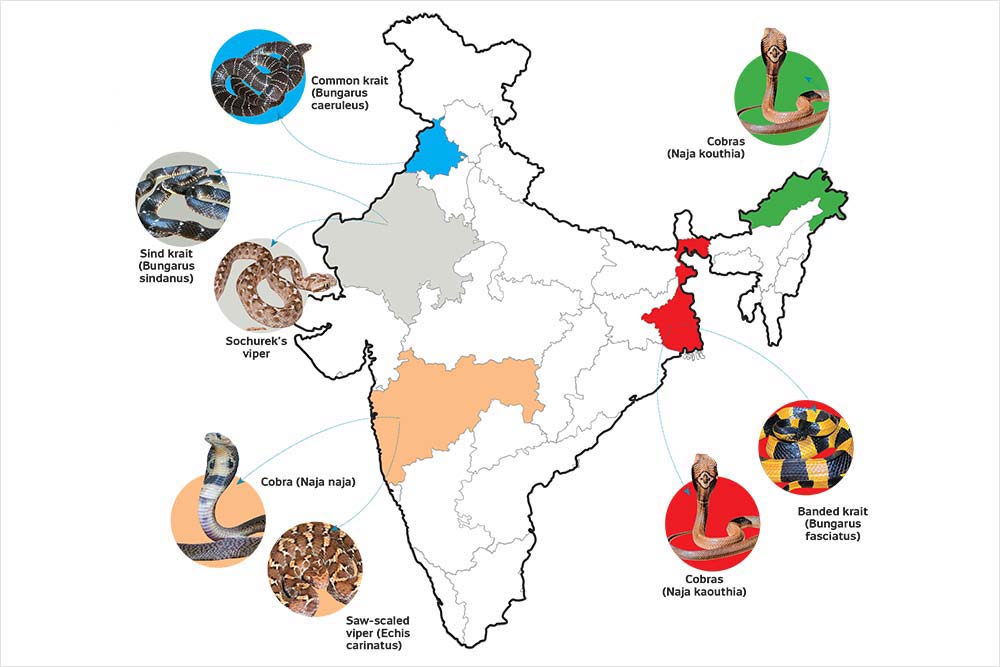 Snakebites—that ancient scourge that has carried away so many over millennia and spawned gods and goddesses to whom terrified Indians prayed for assuagement—have lost none of their venom. With an estimated 46,000 deaths in India and at least thrice as many people injured every year, snakebite has been a complex but neglected problem. Now, new research is showing why envenomation by snakebite needs to be tackled swiftly, and on a bigger scale.

In December, a paper from the Indian Institute of Science (IISc) evaluated the efficacy of commercially available polyvalent anti-venoms against a few snake species other than the ‘big four’—the spectacled cobra, the common krait, Russell’s viper, and the saw-scaled viper—and found that these lifesaving drugs could have serious deficiencies. By itself, the paper was only highlighting what experts had been pointing to for many years—the need to develop snake anti-venoms that can be more effective in dealing with the sheer biodiversity in India. Kartik Sunagar, assistant professor at...