24 Hours In Life Of Mushtaq Ahmad Malik: Battling To Resurrect The Apple Of His Labour

Mushtaq Ahmad Malik's apple orchard in Kashmir was flattened by a blizzard early November. It not only destroyed his garden but left a bitter taste in the mouth as well 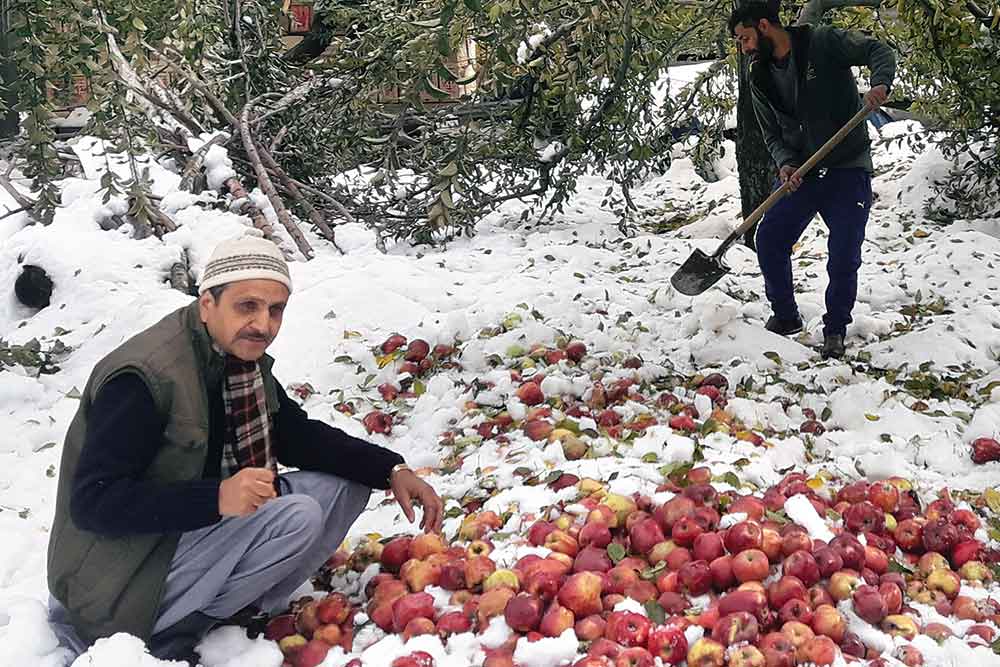 Mushtaq Ahmad Malik could barely recognise his orchard. A thick blanket of snow covered the apple trees, many of them ­uprooted. Most lay in tangled heaps, branches twisted by the sheer force of nature. And the apples? They lay scattered, most of them no longer fit for consumption. A night of blizzard on November 8 has laid waste the 58-year-old apple-grower’s month’s of back-breaking labour in the picturesque hamlet of Pahnu, a 30-minute walk from his house in Shopian.

For apple-growers of Kashmir, already battling emotional trauma and econo­mic hardships following staggering pol­itical changes, the November night’s heavy snowfall has only added to their misery. For Malik, daily life has become a ­routine since the devastation of his ­orchard. “(After the snowfall) it took to me three hours to reach my apple ­orchard from my home. My heart sank on seeing the ­produce buried under snow,” he says. Around 700 apple trees once stood on his now-flattened ­orchard spread over just under one acre.