Former Jharkhand CM and JMM leader Hemant Soren tells Outlook that this election will be about land acquisition and starvation deaths. 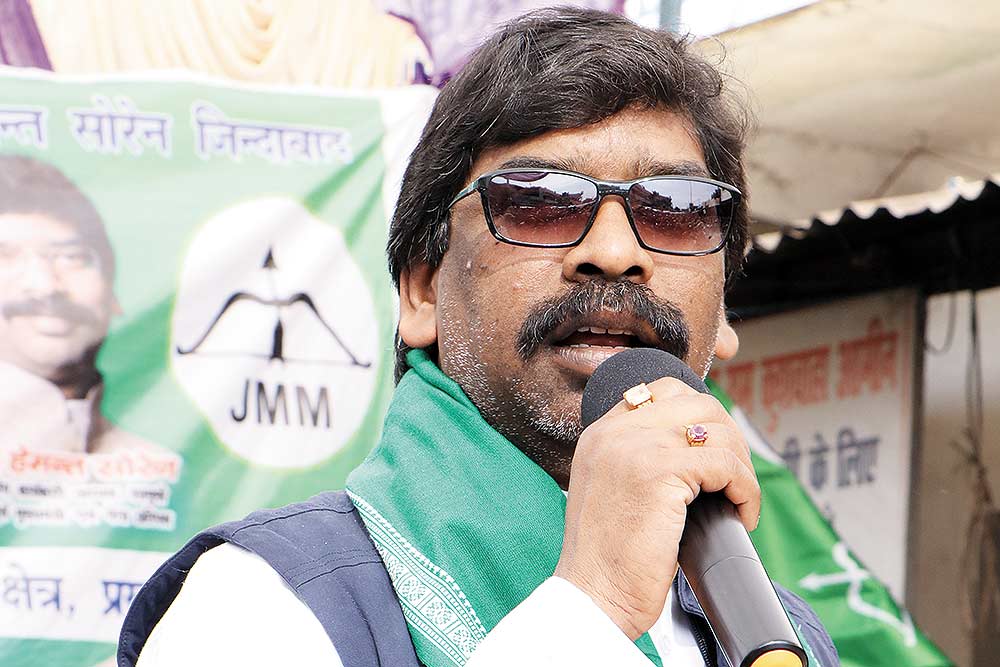 The opposition alliance in Jharkhand was the latest to announce its seat-­sharing formula—seven seats to Congress, four to the Jharkhand Mukti Morcha (JMM), two to JVM(P), one to RJD. Former Jharkhand CM and JMM leader Hemant Soren tells Preetha Nair that this election will be about land acquisition and starvation deaths.

JMM is contesting only four seats. Have you ceded too much ground?

Our party is looking for a long-term association with the Congress in ass­embly polls with the understanding that the Congress will contest more seats in the Lok Sabha polls and JMM in the assembly polls.

Why was the Left left out?

They were demanding more seats than we could accommodate.

The BJP regimes in the Centre and the state have misruled us for the past five years. The pressing iss­ues are land acquisition and the Forest Right Act (FRA). The Supreme Court has stayed its order on eviction of tribals from forest...