'India Is The Impotence Capital Of The World'

On the most common sexual problems, the changing nature of Indian sexuality, and his new book 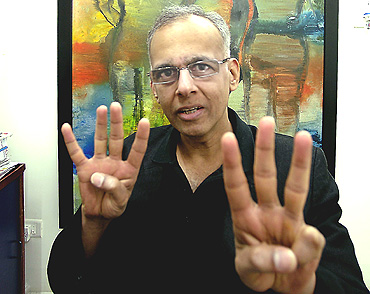 outlookindia.com
-0001-11-30T00:00:00+05:53
An internationally recognised authority on sexual medicine and impotence, Dr Sudhakar Krishnamurti has been working in the field since 1984, establishing India's first andrology centre in 1989, in Hyderabad. He speaks to Omair Ahmad about his patients and their most common sexual problems, the changing nature of Indian sexuality, and his new book, Sex is Not a Four Letter Word.

Impotence seems to be the most common complaint that you deal with. Can you tell us why?

India is the impotence capital of the world, not just in sheer numbers but also in prevalence rates. Impotence affects over 50 per cent of males above 40, and contributing causes are heart disease, hypertension, excessive smoking and drinking. In India there has been a steep rise in heart ailments, and this has also been reflected in the rise in levels of impotency. And it isn't an all-or-nothing scenario. You can have decreasing levels of rigidity, and even if a person isn't completely impotent they might not be able to perform. Now we have machines that can measure rigidity, and we have moved...