If you listen to the politicians, journalists in India have an agenda to sensationalise. But events are sensational in themselves. 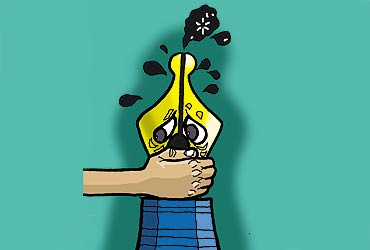 I would hazard a guess that there are few in India today who would not want to change the world around them. As we saw the horrors of Gujarat unfold, there was one certain commonality that most Indians had, wherever sympathies lay: none of it should have happened. Perhaps enough has been said about the state's guilt in the massacres, or maybe, as much as personal grieving for a loved one never ends, enough will never be said. Narendra Modi said the media had played up the incidents and banned Star TV for a short while, as well as PTV. What is even more discomforting was the report that Prime Minister Atal Behari Vajpayee told writer and activist Sonia Jabbar, part of a citizen's delegation, that the media had presented an exaggerated account of the situation. He also said the media has not played a constructive role by showing scenes of carnage, and that instead of complaining to the government, the delegation should ask the media to play a...