Calcutta’s Cafe Positive operates out of a garage and is owned and managed by a group of young adults who are HIV posi­tive. 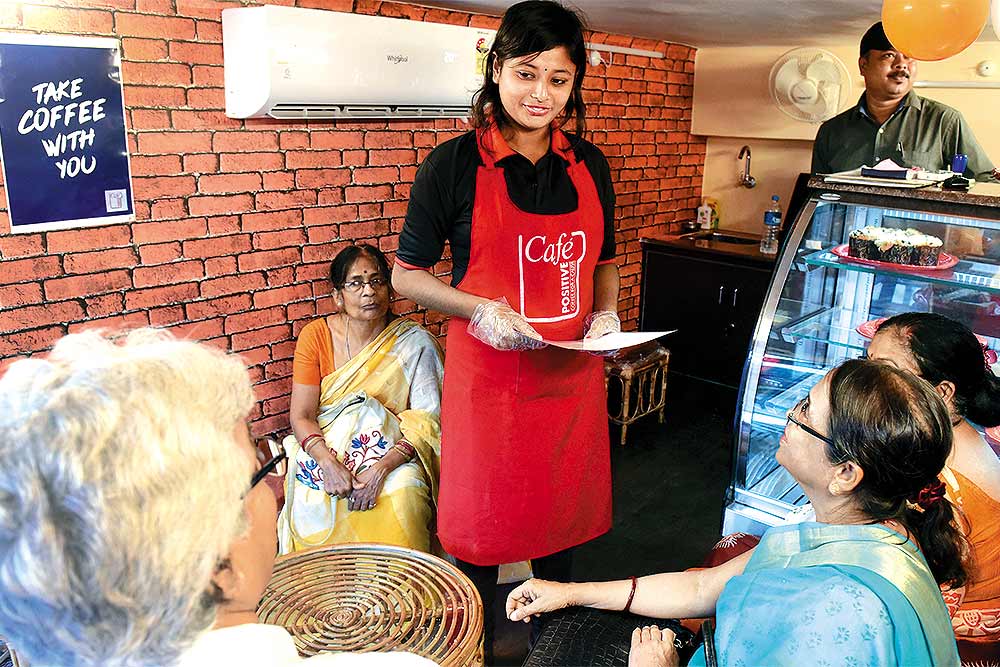 In a rain-splattered afternoon in Calcutta, three women, childhood friends now in their late forties, dec­ide to meet for coffee. “But instead of the cafes where we usually catch up, we decided to drop in at this new joint everyone is talking about,” says Chandrima Chanda, a teacher, who tra­velled nearly 40 km from the north of the city to get to leafy and busy Jodhpur Park in south Calcutta, where on July 15 a new coffee shop unveiled its very special charms to the public.

Called Cafe Positive, the joint operates out of a garage, concaving its way into a 10-ft by 12-ft space in the wall. But the word ‘positive’ here takes on much more meaning than casual optimism. The new cafe is owned and managed by a group of young adults who are HIV posi­tive. Diag­nosed when they were children, they grew up in a shelter for the HIV-infected. Some were abandoned by families; others were orphaned and rendered homeless.