In The Spirit Of Crazy Horse

Two of America's literary greats—E.L. Doctorow and Peter Matthiessen—transiting via Delhi after a nature trip, talk of how big money is ruling, and ruining, the literary world 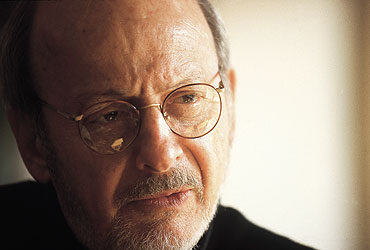 outlookindia.com
-0001-11-30T00:00:00+05:53
Two venerable American authors say international publishing has become a "rat's nest" and if they were young authors today they would be "very discouraged". It was in 1975 that E.L. Doctorow published the massively successful Ragtime, a sprawling, epic sweep of America in 1906, which some critics said changed the way novels could be written. Three years later, in 1978, Peter Matthiessen—often called the modern Thoreau—published The Snow Leopard, a "classic of modern nature writing", again an international bestseller about the writer's physical and emotional journey deep into the Himalayas in search of one of the world's most mysterious big cats.

"When we began writing, publishing was a cottage industry," says Doctorow, 70. "Now, the big conglomerates have taken over." "In our days," adds the 73-year-old Matthiessen with a grin, "people who were crazy about books smoked pipes, drank too much, had a good time and talked about books all the time. Publishers would publish poetry because they believed in it. Now it is so much about making money." The American...