In The Shadow Of The Gun

The miserably poor adivasis of Bastar are caught between two armies, that of the State and the Maoists. The latest Maoist ambush has only made lives worse for villagers. 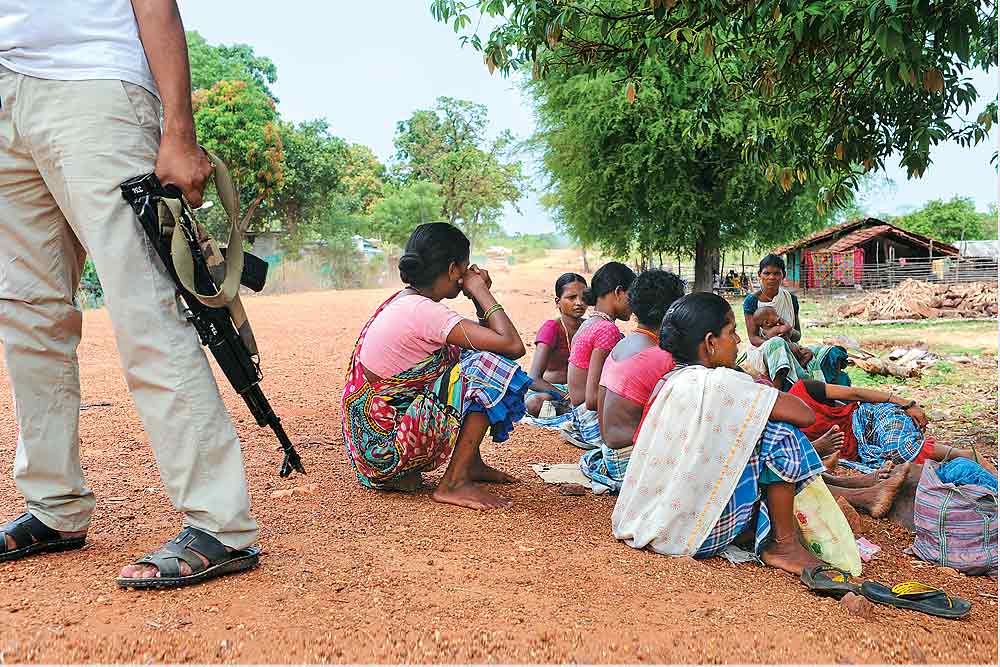 Conflicted
After ­shopping at the weekly bazaar in Chintalnar, adivasi women take a break before the journey back to their village
Photograph by Tribhuvan Tiwari
Ushinor Majumdar June 15, 2017 00:00 IST In The Shadow Of The Gun

The government’s current arterial push through the heart of the Maoist insurgency is a road being built diagonally across Sukma district in south Chhattisgarh. It is only when blood was spilled during the road’s construction—26 paramilitary personnel were killed on April 24 in a Maoist ambush on a CRPF det­achment providing protection—that nat­ional attention shifted once again, albeit for a short while, to counter-insurgency and development in the forests of Bastar. To Maoists—going by interviews of top leaders and their statements quoted in media reports over the past few years—the region is a battleground where two ‘systems’ are locked in a life-and-death conflict. Much of local adivasi life has come to revolve around the consequent violence as the government tries to regain adm­inistrative control of tracts where the Maoists are dominant, besides aiming to put down the insurgency for good.

In fact, the conflict has divided the mostly Gondi-speaking adivasis into two camps pitted against each other: those who...