In The Mood For A Desi Robin Hood 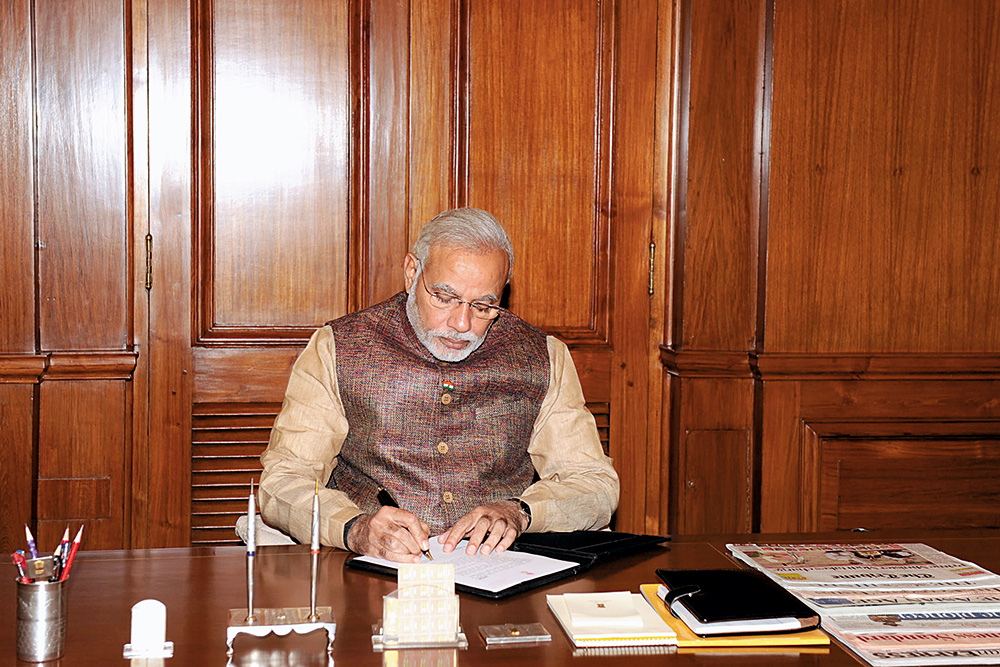 All In A PM’s Work
Brand Modi is unscathed even after three years and may, in fact, have gained some extra lustre

By noon on March 11, a few days before the spring equinox, the tidings were clear: the BJP had ­reconquered Uttar Pradesh after a decade and a half. It was a win of never-before, tsunamic proportions, and the numbers rolling off media screens sparked frenzied discussions among pundits and laypeople alike. India’s future political course seemed to have shifted decisively to a well-defined groove. For PM Narendra Modi, however, after a punishing schedule of 24 rallies across the state, it was a day at work as usual.

The PM sat in his South Block office, busy enquiring about the Maoist ambush that morning in Sukma, Chhattisgarh, in which 12 CRPF personnel had been killed. He sought an update from home minister Rajnath Singh and asked him to rush to the spot and take stock of the situation. He then spoke to National Security Advisor Ajit Doval and Chhattisgarh chief minister Raman Singh, questioning their claim that Naxals were down and out following demonetisation.

Only then did he turn to the epochal business at hand. He called up party president Amit...