In The End, It Was Raining Slogans On Main Street 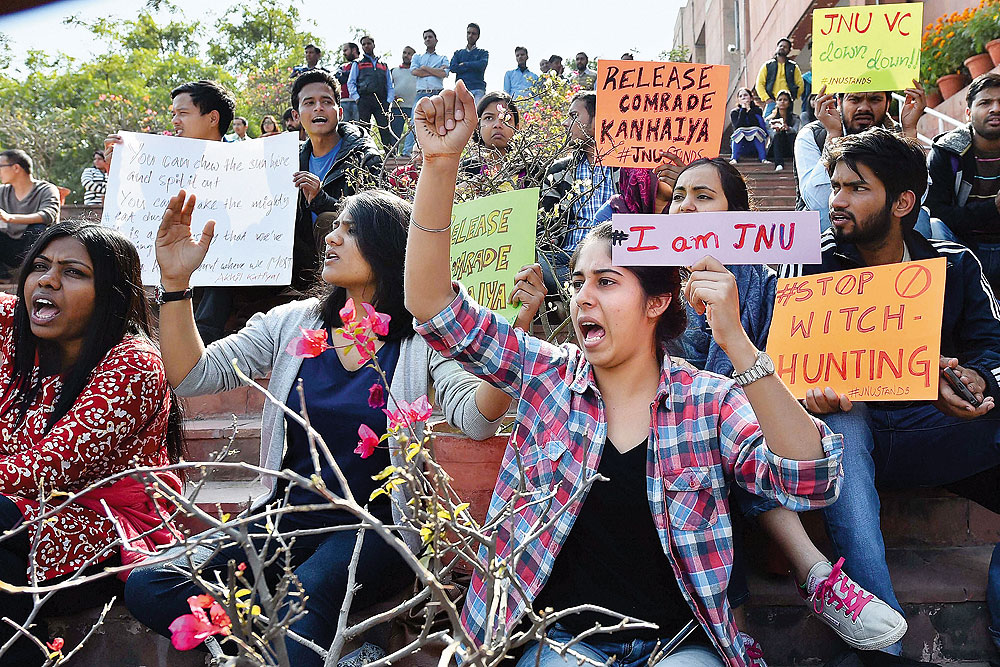 For Kanhaiya
JNU students demonstrate for Kanhaiya Kumar
Photo by PTI
Uttam Sengupta February 19, 2016 00:00 IST In The End, It Was Raining Slogans On Main Street

India is like a Bollywood film, the industrialist Uday Kotak said in the pink papers this week, suggesting that despite the turbulence in the economy, it would have a happy ending. But the scenes that unravelled in the national capital, even as the Narendra Modi government put up a Bollywood-style ‘Make in India’ week in faraway Mumbai, seemed to be straight from a lurid B-grade remake. The director looked terribly uninterested. The character artistes stole the limelight. The villains had too much beating to do in every scene. The cops bumbled along. The climax dragged on. And ‘The End’ seemed far from happy. But was it how the unseen scriptwriters in long shorts always wanted it?

In a nation of the young, going to university should be a life-changing experience—learning, unlearning, discussing and deb­­­a­ting, confronting the other and bracing for another. This week, as the...