The DMK chief reclaims an old cause 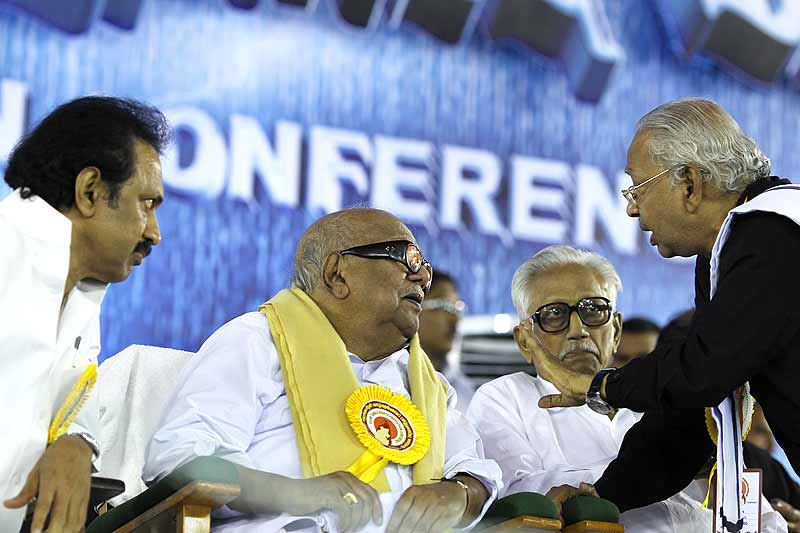 Touched though it was by controversy, the TESO conference held last week turned out to be a
heartwarming event for DMK chief M. Karunanidhi. The 88-year-old veteran has had bad times since 2011: first his party was badly beaten in the assembly elections; then his daughter Kanimozhi, entangled in the 2G scam, was incarcerated. The Tamil Eelam Supporters’ Organisation conference, which he organised in the face of opposition from the J. Jayalalitha...