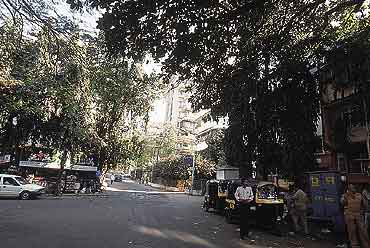 outlookindia.com
-0001-11-30T00:00:00+05:53
I came to Bombay from Lahore on August 14, 1947. Though I’d intended to return, the riots broke out. So I stayed on. The Taj was very cheap then: Rs 55 for a suite, all meals included. Later I moved to Fredericks Hotel; then to Mazgaon and Pali Hill as a tenant. The flat in Union Park, where I live today, is in the same place where I built my bungalow in the early ’50s. The place was considered unlucky. Film folks like Gope, Sajjan and Amiya Chakravarty were doing very well when they moved in but soon found their careers going downhill.

My wife Shukla was very apprehensive but we had Kamu Baba (a Goregaon-based saint she believed in) come over and bless it. Bandra was very different then. There were only two buildings on the famous Linking Road, the National College and S.D. Burman’s bungalow, The Jet. No shops, no crowds. Union Park was a jungle. It was only after our colony was set up that Dilip Kumar came to live here.

(As told to Lata Khubchandani)