In the fertile farmlands of Mandsaur, political allegiance still grows tall. As does farmers’ discontent and anger. 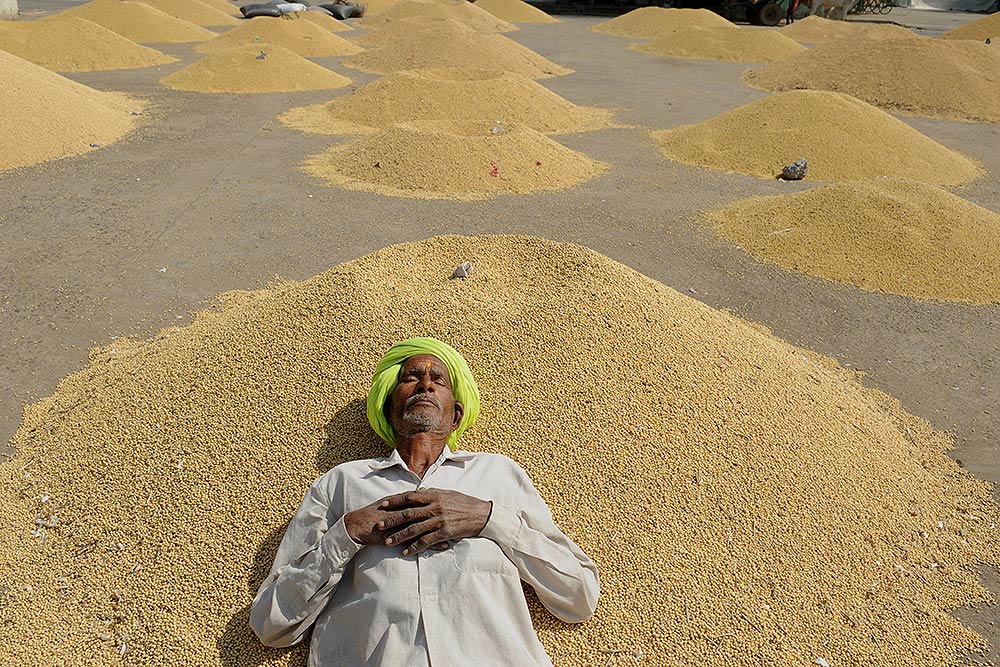 Tractor-trolleys laden with sacks of mostly soybean form a serpentine queue outside the foodgrain mandi in Mandsaur. Farmers make their way inside in ones and twos, unpack the bags and unload their produce among  growing mounds of soybean in the wide mandi yard. A reasonably good monsoon has ensured a bountiful harvest for farmers in the Malwa reg­ion and the windfall is visible at the Mandsaur mandi. As far as the eye can see, it’s just mounds of soybean—in the open and under tin-roof platforms. There are other crops too, mostly pulses like urad and black bean, black channa, and spices such as fenugreek or garlic. On another day, in another time, auction day would have meant happy tiding for the peasants, the day of encashing months of hard work. But not toda­y. Farmer after farmer share woes about falling prices and rising inp­uts. But mostly about insensitive governments, either in Delhi or Bhopal.

Mandsaur may not be a microcosm...