In And Out Of The Script 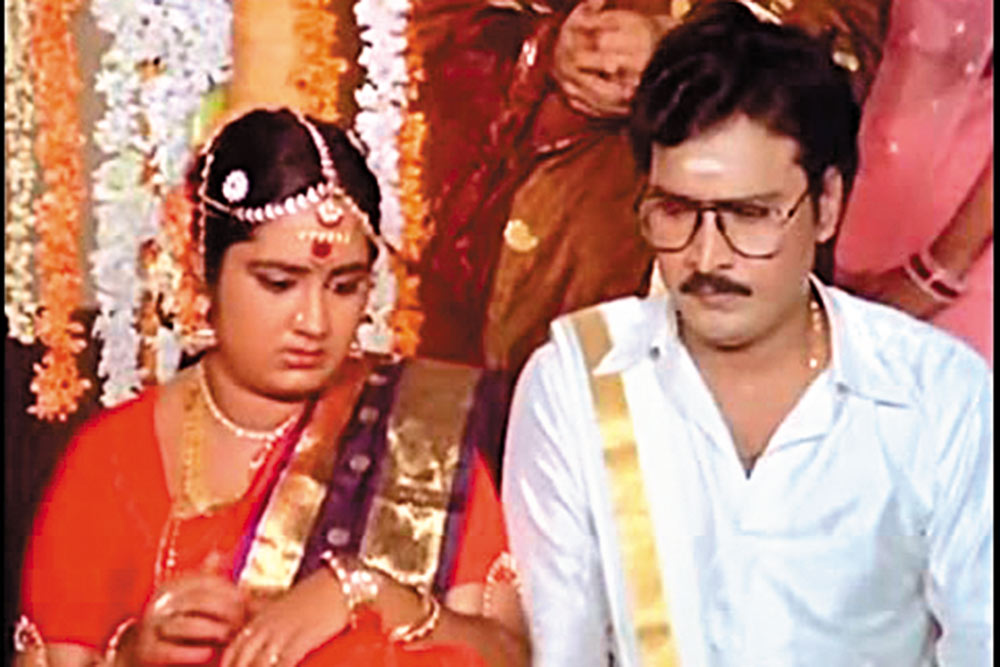 Tamil cinema has found it hard to resist the ‘other woman’ plot , often romanticising it. A reason could be that most Tamil heroes had a relationship with more than one woman at the same time in real life.

Thiyagaraja Bhagavathar, M.R. Radha, Gemini Ganesan, Baliah, lyricist Kannadasan...all icons of Tamil cinema, had many women in their lives. Radha and Kannadasan admitted to having four wives each. Gemini Ganesan, though married to Alamelu, had a live-in relationship with actress Pushpavalli with whom he had Bollywood actress Rekha. He also had a son and a daughter with actress Savithri. He was even called “kadhal mannan” (king of romance) for his on-screen and off-screen relationships.

Sivaji Ganesan was known to have a relationship with an older woman before his marriage. After he married his cousin the relationship ended but the other woman was taken care of economically. He was also romantically associated with fellow actress Padmini.

Kamalahaasan has been married twice— to actress’ Vani Ganapathy and Sarika....