In A Migratory State

In a district cursed by economic barrenness, men like Mohammad Afrazul have to offer their labour elsewhere, despite discomfort or danger 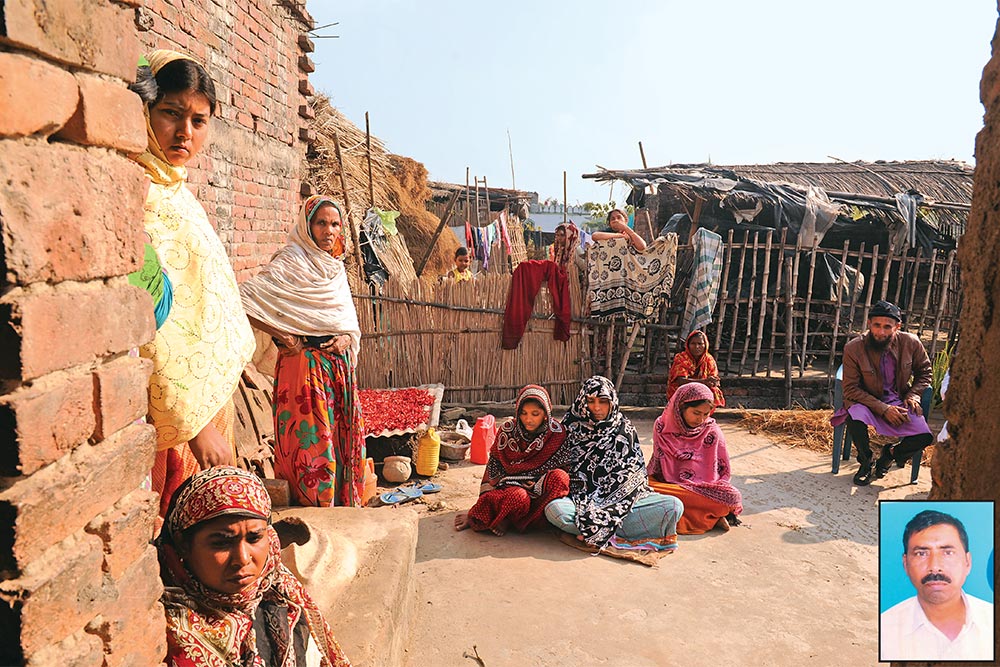 Mohammad Afrazul(inset) and his grieving family in Jallalpur
Photograph by Sandipan Chatterjee
Dola Mitra December 14, 2017 00:00 IST In A Migratory State

A long with its luscious mangoes, human capital is also a highly exportable commodity in this district of West Bengal. “You will not find a single household in the district which doesn’t have at least one member who has migrated to another state for livelihood,” says Abdul Matin, a neighbour of Mohammad Afrazul, the migrant lab­ourer from Malda, who was butchered, then burnt to death in Rajasthan. Matin, 41, who has been working as an ‘agent’ who supplies workers from the district since he was 17, explains, “There are no jobs in Malda. The district doesn’t have any industries and unlike other districts in West Bengal, agriculture is not an option either.”

Not part of the rice bowl of Bengal and with few cultivatable fields, Malda is known for its mango and lichi groves, but which can only employ a limited number of people. A 173-km long border with East Pakistan/Bangladesh was, according to local administrators, one of the worst aff­ected regions in Bengal in terms of refugee influx at the time of Partition and later...