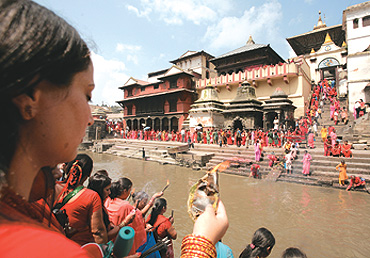 Monument To A Syncretic Tradition

That the proposed visit of Rajiv Gandhi with wife Sonia, two decades ago, to Kathmandu's Pashupatinath Temple was shot down by its presiding priests is part of the ancient temple's modern lore. "They did not object to Rajiv," Narottam Vaidya, a former temple trustee, vividly recalls. "But they made it clear that they would close the gates if Sonia came." If tales like this, and the signs...