‘Impeachment Of CJI Is Nonsensical. Don’t Encourage The Idea’.

Eminent jur­ist and former Attorney General of India Soli Sorabjee on impeachment motion against the CJI, the unprecedented press-conference by the four senior-most judges of the Supreme Court, and the rights of the CJI as 'master of the roster'. 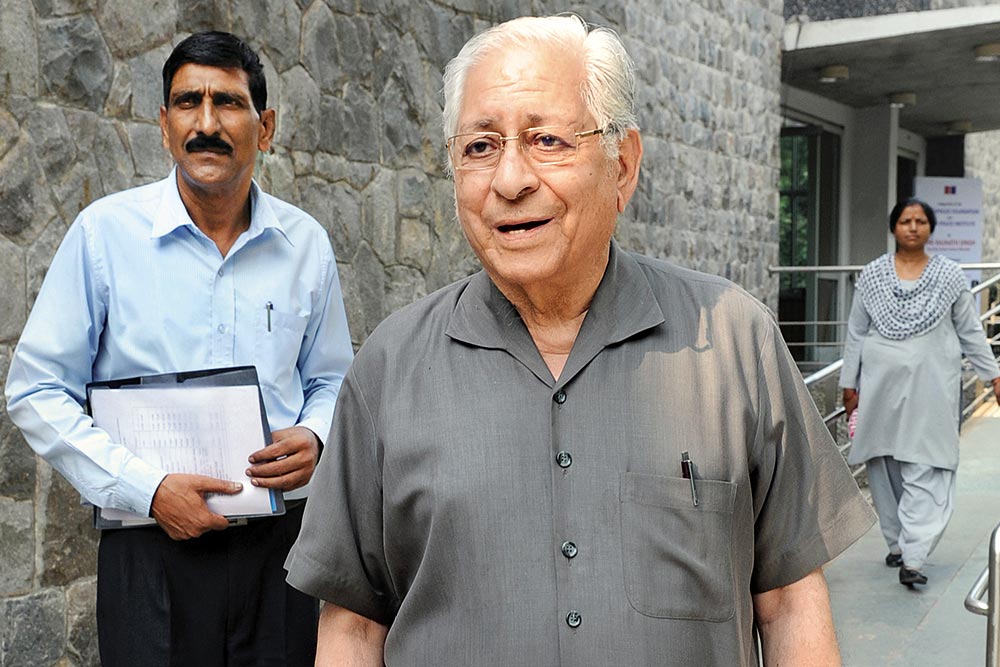 Three months have gone by since the four senior-most judges of the Supreme Court—next only to Chief Justice of India Dipak Misra—made public their grievances regarding the way he functioned. It was on January 12 that Justi­ces Jasti Chelameswar, Ranjan Gogoi, Madan Lokur and Kurian Joseph spoke about the CJI assigning cases to selective preferred benches in his capacity as the “master of the roster”. They particularly expressed displeasure about the way in which the cases of Justice B.H. Loya’s death and that of the Lucknow-based Medical College admissions scam, in which the CJI’s role itself has come under a cloud, were allotted.

The crisis in judiciary has not abated since. If anything, it has only escalated with the Opposition MPs in the Rajya Sabha collecting signatures to initiate impeachment proceedings against the CJI. The CJI, who is to retire on October 2 this year, is hearing some of the most crucial cases before the apex court. These include cases pertaining to Justice Loya’s death, validity of Aadhaar...