What does a magazine do when the coherent world of letters shatters around us? Open ourselves up to the beautiful cacophony. 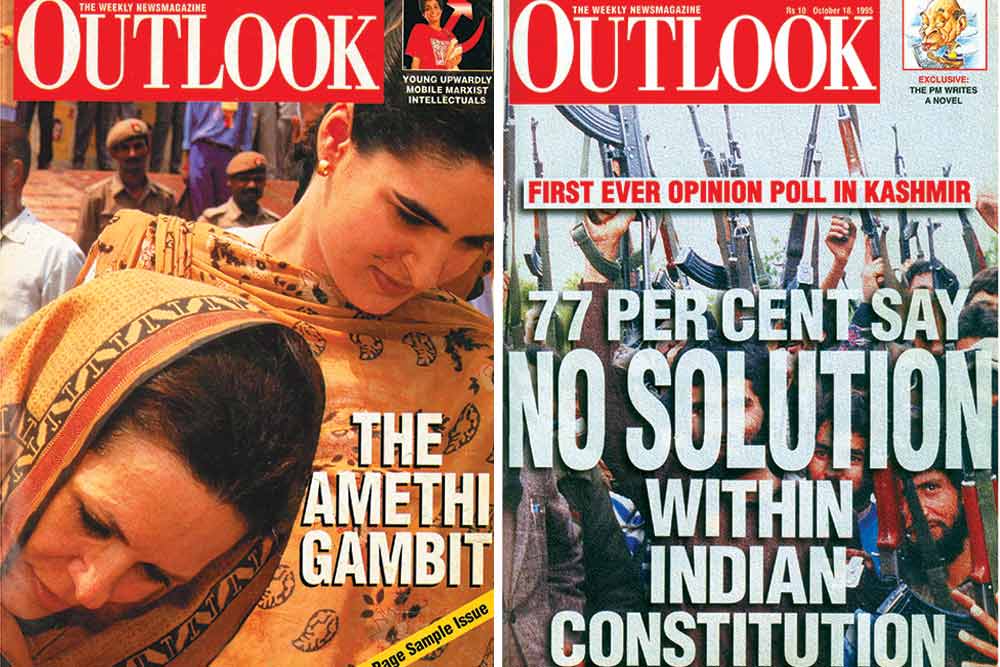 Take-Off Point
One of the three pre-launch ­issues, left; the debut cover broke a media taboo on Kashmir

It would have been a bone-dry summer afternoon—all I remember is the glare bouncing back off the asphalt, as it always did. The usual Delhi slow torture. Nothing to suggest a dasha sandhi. Perhaps little steam mirages rose from those baking streets, as they wove little Lutyens patterns around old qilas, precluding a clear line of sight into the future. Then, suddenly, the relative cool offered by bamboo mats strung along a hotel verandah, and a room on the right. Sitting at the far end was Vinod Mehta, very much the rancher looking to hire some cowpokes.

Outlook was yet to be born. A kind of pre-natal hush hung in that room, but nothing was moving just then. That air of leisure, it turned out, would endure. On one of my pre-hiring visits, Vinod Mehta was seated with a cache of old, soiled notes spread out on his table, with sticky tape! That sight should have been enough forewarning! As part of his Seventies SoBo eccentricities, he had also evidently acquired the Parsi virtue of parsimony. Hard, but fruitless bargaining ensued—and I was in for the long...