In the hot seat for over a year, the current round of violence marks J&K chief minister Omar Abdullah’s biggest test. 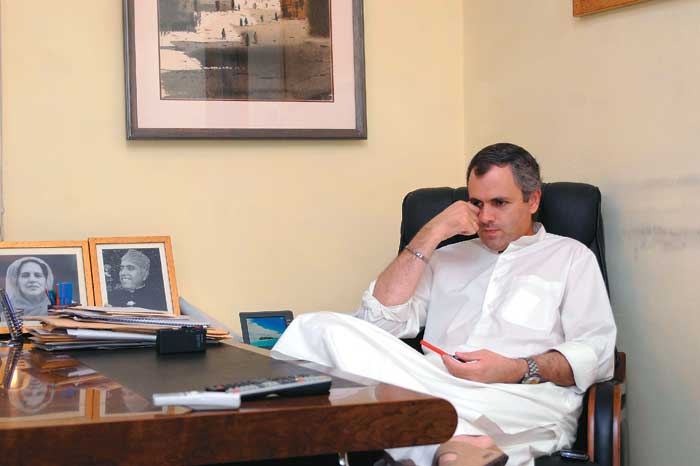 Full text of the interview, excerpts from which appear in print:

How would you explain this explosion of rage in the valley?

It’s not quite an explosion of rage. At this point I would call it a simmering anger. It did explode some days ago, the mood was very raw but we were able to contain it. The turning point was the death of this young woman, Fancy, in Srinagar (On July 6) She was leaning out of her window, watching the protests in the streets. The police fired in the air and she took one of the shots. There’s an emotional reaction to the death of a lady that doesn’t happen when it is men involved.

We have reached the point where Kashmir is permanently simmering -- and it exploded in 2008 when things were worse and hopefully we won’t get there. Since then, there are ups and downs. Things became quiet for the elections, then there was simmering anger against Shopian, then the spate of deaths we have had in dealing with law and order disturbances. Obviously, that has had an effect...