"I'm A Believer. I Don't Follow Any One Religion." 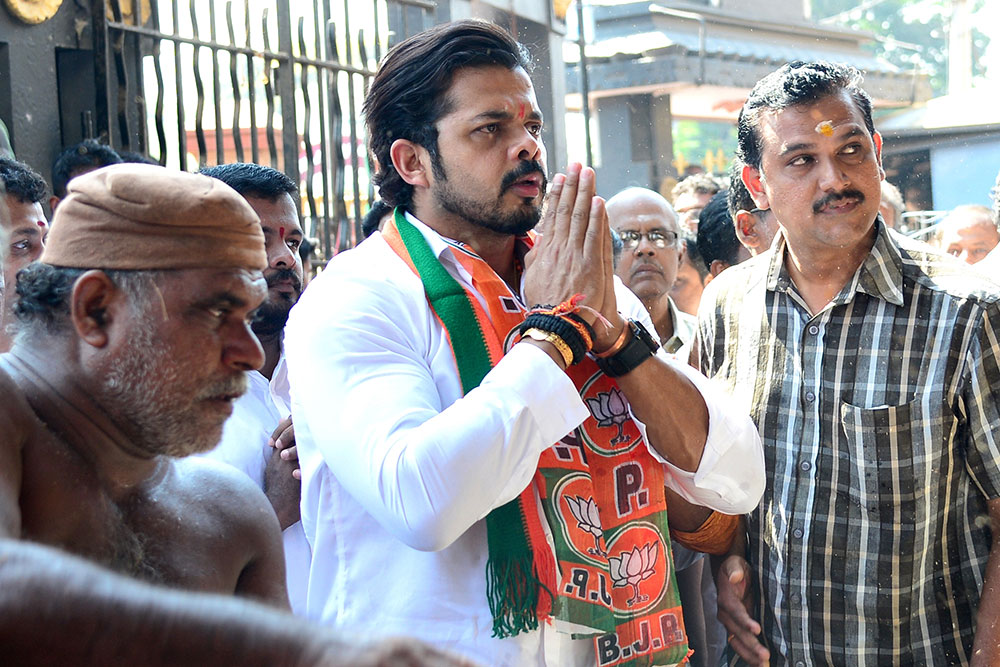 S. Sreesanth, ex-cricketer and now BJP candidate from Thiru­van­an­thapuram, speaks to Out­look about politics, his syncretic religious beliefs and the BCCI ban following a betting controversy.

Why did you join politics?

My father-in-law wanted me to join politics when the Madhya Pradesh election was going on. But I wanted a clean chit before I joined politics and now everything is looking good. The BJP is ruling amazingly well at the Centre. I want to be part of a family which wants to improve Indian democracy.

In your family, your father is a Comm­unist and your cousin Dr T.N. Seema is the Left candidate in Vattiyoorkavu?

My personal life is different and my fat­her respects my decision. Yes, my father is still a Communist. But he knows that I have the perseverance and he is happy about my decision to contest elections to serve the people in Kerala.

You have been called an outsider by your political opponents. How do you respond to...