"If I Am Prima Facie Satisfied, I Will Request The Judge To Resign"

New CJI G.B. Pattanaik spoke to Bhavdeep Kang on judicial accountability and the recent allegations of misconduct against HC judges 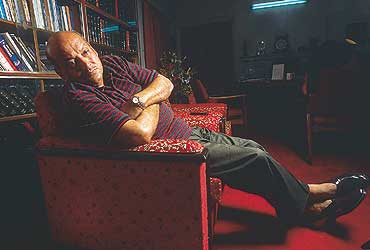 outlookindia.com
-0001-11-30T00:00:00+05:53
You and your predecessors have expressed concern over judicial corruption.
What I have said is that we hear murmuring and whispering without any data in support of that. And that is why we are not in a position to take any action. I will request any citizen, in possession of any evidence, without any fear, to produce the same, so that we can deal with it.

What action can be taken in such a case?
There's an in-house procedure. In the event I am prima facie satisfied that there exists some material, we will have an in-house inquiry. If the finding is in the affirmative, I may require the concerned judge to resign. If he doesn't oblige, then I will see what further steps can be taken to proceed in accordance with the constitutional provisions.

Isn't impeachment too involved a process, as we have seen in the Ramaswami case?
Well, that's the constitutional provision. Until an amendment is carried out, no one can alter this provision. It's for those who have to (implement) those proceedings to see what should be done in such...